Batman: Arkham Asylum is based on the comic book, rather than the movies.

Here, the Joker has taken over the madhouse as a first step to terrorising the rest of Gotham City. It's up to you, as Batman, to stop him and rescue the asylum staff taken as hostages.

All the action takes place on the island-bound asylum. Environments range from run-down morgues to a crumbling neo-gothic mansion, all of which look lush. Assisting the Joker is his army of convict henchmen who can be dispatched using vicious hand-to-hand combat moves. Luckily Batman can counter his enemies' close-quarter combat moves with ease, and the animation is breathtakingly fluid.

Incapacitating thugs provides experience points that unlock new manoeuvres and gadgets, such as multiple bat-a-rangs and better armour. These not only add variety to the combat, but are essential for taking down trickier bosses such as Poison Ivy and Killer Croc.

Batman's high-tech cowl reveals the location of enemies in your immediate vicinity, even if they're behind walls. It also helps you complete the basic puzzles, such as unlocking doors and tracking the hostages. Most of these don't involve any real skill or intelligence, but are frustrating exercises in trial and error.

The best part is using Batman's various 'predator' tactics, instead of a frontal assault, to incapacitate the Joker's thugs. It's incredibly satisfying to hang from a ledge, grab a passing convict, then hang him by his feet to distract his terrified comrades. Although the enemies aren't that smart, they do slowly adapt to your attacks. If you continuously sneak up on them from behind, then the remaining goons will start patrolling back-to-back.

Arkham Asylum is not only immensely enjoyable and atmospheric, but it's also faithful to the original character. This makes it the best all-round action game we've played in ages. 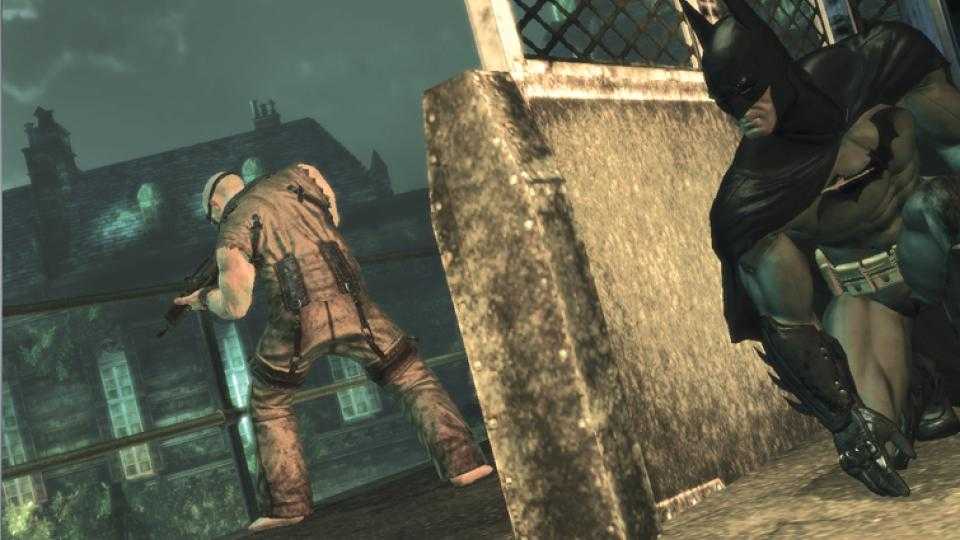 Everything you need to know ab...