Samsung has unveiled the world’s first 5G tablet for anyone who lives or works around the handful of 5G covered areas in the world.

Actually, even if this does astonishingly apply to you, it’s not clear that you’ll be able to buy one. The Samsung Galaxy Tab S6 5G is on sale in South Korea from tomorrow, but as yet there’s been no word of an international launch. Other than 5G, you’re not missing a great deal – it appears this is the same Samsung Galaxy Tab S6 as was released last year, only with the extra connectivity of 5G. Other than including Qualcomm’s X50 5G modem, this is the same tablet, right down to the Snapdragon 855 processor, 6GB RAM and 128GB of storage. That’s no bad thing, though, as Jon was absolutely smitten with the plain old 4G Tab S6 when he reviewed it for us last year describing it as “arguably the best Android tablet out there.” Given the paucity of Android tablets, that may sound like damning with faint praise, but he was sufficiently impressed to hand out a coveted five-star review and an Expert Reviews “recommended” award. “It’s powerful yet terrifically light and portable, it offers great battery life – and it works out cheaper overall than the equivalent 11in iPad Pro,” he wrote. “If you’re an Android fan looking for a super-lightweight laptop replacement for medium-duty document editing and creation then there’s no doubt that this highly capable and desirable device will do the job in style.”

In style, but for now in the UK, just at 4G speeds. The 5G version goes on sale in South Korea tomorrow, priced at KRW 999,900, which is just under £650. If you happen to be planning a trip to Seoul in the next few weeks and fancy picking one up, Samsung will also be throwing in a free keyboard cover for a limited time, too. 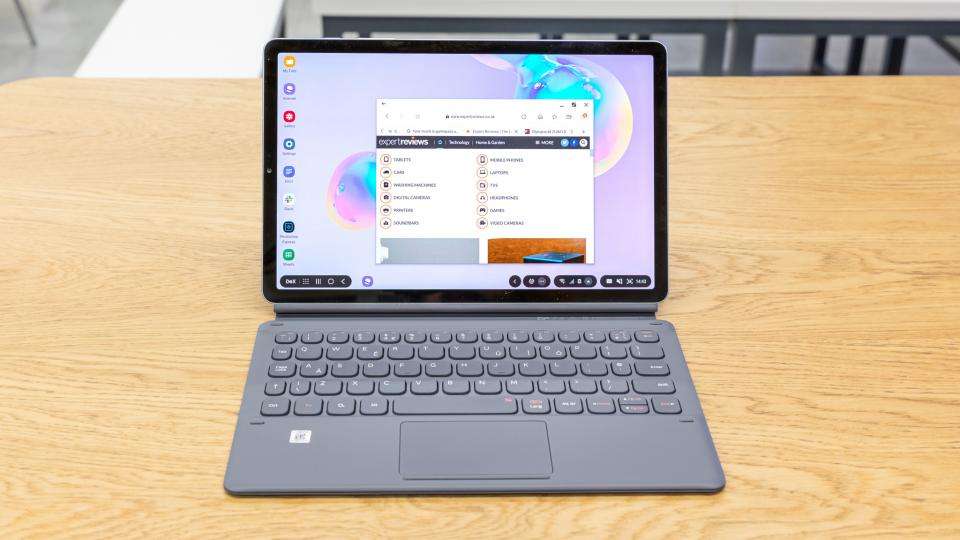 How to Realize VR House Viewing...