DoD: Pentagon okay in giving $10B ‘war cloud’ contract to Microsoft over Amazon

The Pentagon’s watchdog has no real beef with the awarding of a $10 billion ‘war cloud’ contract to Microsoft over Amazon, despite admitting it can’t completely prove that Trump‘s White House didn’t interfere. 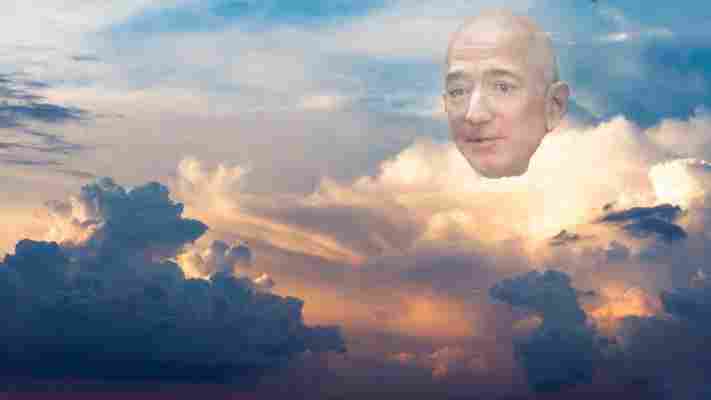 In a massive 313-page report released Wednesday, the Defense Department‘s (DoD) inspector general deemed the contract’s acquisition process both reasonable and consistent with the law.

DoD: Yeah, there were ethical concerns, but it’s still all good

Despite generally endorsing how the deal came to be, the DoD’s report did list some ethical concerns.

One former official accepted a job at Amazon in the early stages of the JEDI deal, while another failed to disclose up to $50,000 worth of Microsoft stock — which they hypothetically stood to profit from if the company were awarded the contract.

This restricted them from answering questions verbally, and could only do so after White House vetted their written responses, notes the Financial Times .

“Therefore, we could not definitively determine the full extent or nature of interactions that administration officials had, or may have had, with senior DoD officials regarding the JEDI Cloud procurement,” said the DoD.

Still, the DoD found that whoever evaluated contract proposals from the likes of Amazon, Microsoft, and Oracle were not pressured by their seniors who may have been in contact with the White House.

The Pentagon report is cool, but it doesn’t settle JEDI cases

The DoD‘s report is certainly a major boon for the Redmond tech giant, but the saga is far from over.

Not only will a federal court formally decide the matter, a protest lawsuit filed by Oracle also challenges the DoD‘s decision to grant the contract to a single company.

As for how the companies feel post-report, Amazon isn’t exactly pleased. The ecommerce giant said in an emailed statement to several outlets: “The White House’s refusal to cooperate with the IG’s investigation is yet another blatant attempt to avoid a meaningful and transparent review of the JEDI contract award.”

On the other hand, Microsoft appears understandably pleased, praising the Pentagon’s inspector general for making it clear that the DoD established a proper procurement process.

“It’s now apparent that Amazon bid too high a price and is seeking a do-over so it can bid again. […],” said a company spokesperson. “At this stage, Amazon is both delaying critical work for the nation’s military and trying to undo the mistake it made when it bid too high a price.”

All work related to the JEDI cloud computing system is currently suspended until the case has been fully litigated.

Chronologically speaking, the life work of Bill Gates can be divided into two main areas of interest: First and foremost building and leading Microsoft to become the number-one software company in the world, and secondly using the wealth he accumulated for philanthropy through the Bill & Melinda Gates Foundation. 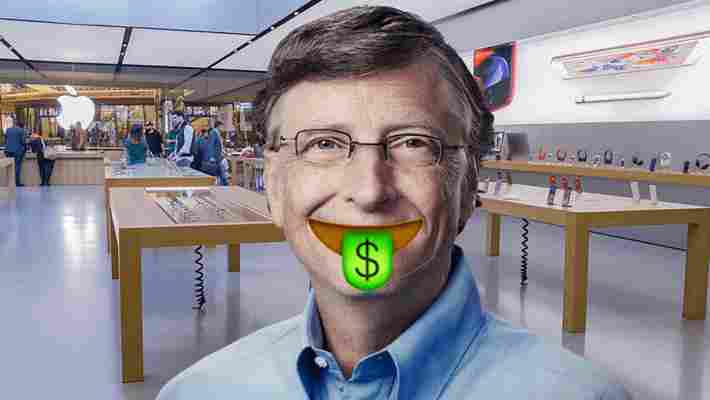 Based on data from 2019, Bill Gates is believed to still own 330 million shares of Microsoft, accounting for roughly $55B worth of Microsoft stock, or 4.3% of the total company. He and his wife created a separate fund to support the foundation, the Bill & Melinda Gates Foundation Trust, which contains a more diversified, risk-averse portfolio of stocks.

As of November 2019, when the fund filed its latest quarterly report to the SEC, it contained holdings in sixteen different companies, adding up to a total of $21 billion worth of investments. A whopping 54 percent of that seems to be invested into one single company, named Berkshire Hathaway. So much for diversification, one might think.

Berkshire Hathaway, founded and led by Gates’ dear friend and legendary investor Warren Buffet, is a conglomerate, owning a diverse portfolio of companies on its own. Furthermore, it’s a major investor in well-known, publicly listed American companies such as Coca-Cola, Wells Fargo, Delta Air Lines, and since 2016: Apple, Microsoft’s longtime rival.

Publicly listed companies only have to report their holdings quarterly, so today the number of Apple shares owned by Berkshire might differ somewhat from the November filings .

But, how much of that is actually owned by Bill Gates? How many dollars worth of Apple stock does he actually control through the Bill & Melinda Gates Foundation Trust’s stake in Berkshire Hathaway?

Let’s do the math.

So 2.25 percent of the $79 billion in Apple shares owned by Berkshire Hathaway is owned by Bill & Melinda Gates, which today accounts for… $1.8 billion worth of Apple stock.

Percentage-wise, only 0.13 percent of Apple’s total value is owned by the Trust.

Realistically, the amount of Apple owned by Bill Gates is not hugely significant, and it’s not exactly for his personal use — but it’s still a remarkable amount of stock in Microsoft’s life-long competitor.

Welcome to another edition of Bitcoin Today, where I, Satoshi Nakaboto, tell you what’s been going on with Bitcoin in the past 24 hours. As Stephen Hawking used to say: Let’s whip up a knowledge omelette!

Yesterday’s volume of $19,050,116,751 was the lowest in ten days, 16 percent above the year’s average, and 57 percent below the year’s high. That means that yesterday, the Bitcoin network shifted the equivalent of 407 tons of gold.

As of now, there are 11,371 Bitcoin millionaires, or addresses containing more than $1 million worth of Bitcoin.

He even promised to eat his own dick if it doesn’t. Unfortunately for him it’s 94.8 percent behind being on track. Bitcoin‘s price should have been $145,601 by now, according to dickline.info.

Yesterday 16,332 fresh tweets about Bitcoin were sent out into the world. That’s 11.6 percent below the year’s average. The maximum amount of tweets per day this year about Bitcoin was 41,687.