DEAL UPDATE: If you're not fussed about having the latest model, the Hero Session has been reduced to just £119 at Amazon. That's a decent £31 saving on it's RRP of £149. The Hero Session might not have a touchscreen display, video image stabilisation and voice control but the quality of its photos and videos is still impressive. 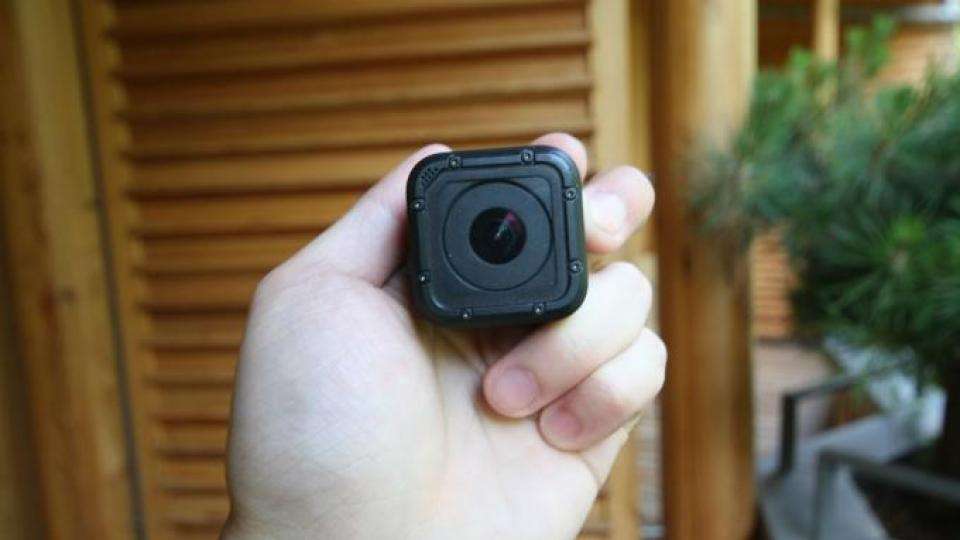 GoPro's Hero 4 Session is no longer the compact action camera king. Launching last month, the GoPro Hero 5 Session improves on a bunch of different aspects of its predecessor with 4K video quality and wind noise reduction. It's a great little camera and is well worth the upgrade if you have the cash.

There is a £100 price gap between the two right now, but for £249 you're getting the most compact action camera to date, even if it isn't quite as impressive as its flagship brother, the GoPro Hero 5 Black . Of course, if you're a little strapped for cash, the Hero 4 Session is still a wonderful choice and will give you everything you need to get you started. 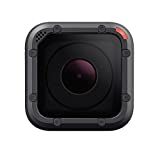 Read on for my full GoPro Hero 4 Session review below

READ NEXT: Find out which GoPro is best for you

GoPro's action cameras have always been great for capturing high-octane activities and were never averse to getting a good soaking, as long as you used a watertight case. That's all changed with the Hero4 Session; it’s waterproof to 10m all by itself.

The Session is an adorable little cube, 50% smaller and 40% lighter than the rectangular Hero4 Black . The new shape makes the Session much more aerodynamic compared to its forbearers, whether you mount it face-on or sideways - so much so that we barely noticed it even when head-mounted. The new low-profile mount should help with streamlining when mounted to different surfaces, while the ball-joint mount makes it easy to adjust the angle and direction of the camera on the fly.

One-touch controls return from previous GoPro models, letting you wake up the camera and instantly begin recording by pressing the shutter button. A second press stops capturing and turns the camera back off. You can also long-press the shutter button to take 8-megapixel timelapse shots at set intervals. Both the recording resolution and timelapse intervals can be changed in the GoPro companion app, available for iOS and Android.

It takes about three seconds to turn the camera on and start recording, which could potentially mean the moment is gone unless you plan ahead. We also struggled to hear the confirmation beep in loud environments; the haptic feedback seen on rival cameras such as the Ion Air Pro 3 would have made a nice inclusion here.

The only other button is the multi-function power button, rather than the three you’ll find on any other GoPro model. The rudimentary LCD menu system provides a way to see what video resolution the camera is set to, as well as a way to put it into pairing mode with the smartphone app or optional remote control. There's no way to change settings without the companion app, or even a way to put the camera in single-shot mode from the Session itself; if you want to take a photo, you have to capture photos in a burst and choose your favourite.

With a firmware update made available after release, you can now change video and timelapse settings in-camera, which is infinitely better than having to dig out the companion app. The new update will let you change video resolution, frame rate and field of view, as well as changing resolution and timelapse periods for still images.

Another, more recent, update now adds in a dedicated camera mode. This lets you put the Hero4 Session into camera mode directly from the camera, so you don't need to dig out the app. It means you're able to more easily use the Hero4 Session to capture individual still images, making it incredibly easy to capture impromptu images. Having tried out the update, it makes the Hero4 Session much closer to the HTC Re for convenience. While the HTC Re wasn't perfect, being able to quickly take photos was one of its strong points, so the Hero4 Session definitely benefits from the software update. As it's so small it's easy to just throw into a coat pocket to have with you through the day.

The Session captures 1080p video at up to 60fps, or 2,560x1,400 clips at 30fps. There’s also a 100fps, 1,280x720 slow motion mode. The maximum 25Mbit/s bitrate is less than either the Hero4 Black or Silver, but we were still impressed by the Session’s picture quality. All our footage looked sharp and vibrant, with colours that really popped off the screen. It can’t quite match either the Silver or Black models, but we came away from a white water rafting session pleased with our captures. Performance in low-light was more disappointing, however, where video was soft and noisy. While the Session lacks image stabilisation, like the rest of the GoPro range, footage was also still very steady.

Sound is often as important as the visuals when action footage is concerned. GoPro has done a great job with the Session’s audio quality, largely thanks to ditching the separate waterproof housing that muffled sound on previous GoPro models. With dual microphones – one on the front and another on the back – the Session dynamically switches between the two, cutting out distracting sounds like wind noise. During our white water rafting session, it did a great job of picking up the sound of our instructor who was sat at the back of the raft, even over the sound of the river.

Another drastic change is that the battery is now integrated. This means there's no option to swap batteries out when in the field, which could potentially be a problem for anyone spending the entire day off-piste. We managed one hour 28 minutes when shooting 1080p/30fps video, roughly on par with the Hero4 Black. The switch to MicroUSB for charging is welcome, however; it potentially means one less charging cable to carry around.

The Session is compatible with the entire range of GoPro mounts - and there are many of them for basically every occasion you can think of. The reduced size and weight means it is incredibly comfortable to wear the Session. We barely felt it when head-mounted, whereas other cameras have proven unwieldy.

The Session's low-profile cubed shape also means it's simpler to mount the camera sideways. There's a new low-profile mount included in the box, which should also help with streamlining the camera when mounted to different surfaces. A new ball-joint is included, which makes it easy to adjust the angle and direction of the camera just by tilting or spinning.

A few minor niggles aside, the Session is a great action camera. Serious athletes and videographers will be better opting for the Hero4 Silver or Black for their more professional features, higher specifications and replaceable batteries. For the less demanding user though, the Session is a great and simple way to capture footage. The new design is fantastic and fun, and the convenience of no longer needing a waterproof case makes the Session considerably smaller than other Hero4 cameras for water-based activities.

GoPro's Hero4 Session has recently seen an official price drop, from its original £330 launch price down to an incredibly low price of £160, making it a much more tempting prospect. It also now no longer encroaches on the better-equipped GoPro Hero4 Silver, so if you want something a little smaller it's a solid choice, especially if you're in the market for a secondary action camera to get shots from tricky POVs.