How to activate the Android 10 hidden game

Easter eggs are fun bits of codes that developers hide deep within their programs. Think of them as like an artist’s tag and you’ll get a clearer understanding of what they are. They’re there to show exactly who is behind the computer program you’re using. They show ownership and pride and all things in between.

The great thing with digital Easter eggs though, is that the possibilities are endless. Rather than simple signatures like you see on a work of art or visual tag like you’ll see on a piece of street art, computer program Easter eggs can be literally anything. What started as a few strands of errant code and hidden digital images buried deep in the bowels of computer games and programs have evolved into so much more. Easter eggs can now be games in themselves worth the effort and enjoyment of finding them for the experiences they offer in their own right. Google clearly knows this as the speeding dinosaur in Chrome will attest to. It’s not just Chrome though, Google has actually hidden Easter egg games into Android. That’s right. If you have an Android phone, you can play a secret game on your phone right now. This is how.

How to block texts on Android ►

How to find your lost or stolen Android phone or tablet ►

How to save battery on your Android ►

Google has been hiding little Easter eggs inside Android for years now. Each version of Android; be that Marshmallow, Oreo, Lollipop, Nougat, or Kit Kat has had its own special little Easter eggs. There’s even a hidden Flappy Bird game in there for you to find. There are Android Easter eggs for the different versions of Android but there are common themes that run through all versions of Google’s operating system. The biggest one is that you can go to the Settings menu on all versions of Android, hit the About phone option at the bottom of the menu, then press the Android version button, and finally repeatedly tap the Android version option that appears at the top of the menu. Historically, this opens up a simple little Easter egg widget that you can play around with. 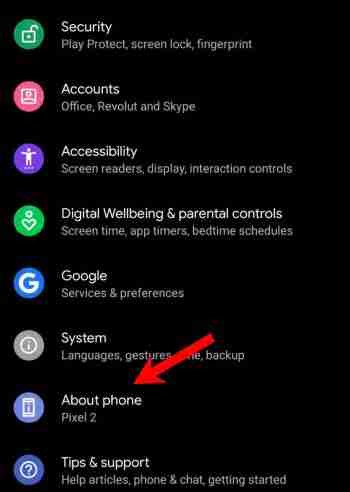 In the latest version of the Google mobile operating system, Android 10, this widget presents you with a movable Android 10 logo. You can drag the word Android around the screen, and you can drag the numbers one and zero around that make up the number ten. You can’t resize these individual elements but if you double-tap them and then long-press, they’ll begin to spin.

On its own, this provides a bit of a novelty and will maybe keep you occupied for a minute or two. What’s cool though, is that there is another Easter egg hidden underneath this classic Android hidden gem.

To access the next hidden game you need to rearrange the Android logo and spin the elements around until they all line up to show the original Android Q logo , that was the code name for Android 10 while it was still in development. Doing this on its own isn’t as easy as it sounds and knowing that you can activate something like this by spinning letters and numbers around in a certain way actually turns this non-descript little widget into a game in its own right.

When you pull it off though, and you drop the letters and numbers in just the right place you’ll notice the stripes behind the logo will begin moving. You then repeatedly click the word Android until you unlock the other game.

The game you get is called a Nonogram puzzle and is basically a series of grids and squares that you fill out to reveal certain images. These images are all related to Android iconography in one way or another and will reveal themselves once you’ve solved each puzzle. Then, whenever you solve a puzzle, you’ll unlock another Nonogram puzzle to play with the next time you unlock the Easter egg.

The 10 best free to play games ever

Best video games to play with a partner

Do you want to win a Laptop?