We need to talk about Eastman Kodak’s insane 2,000% pharma pump

Trade in Eastman Kodak stock was halted multiple times on Tuesday to protect investors from volatility, as the embattled camera-cum-pharma firm surged more than 80% during the first hours of trade. 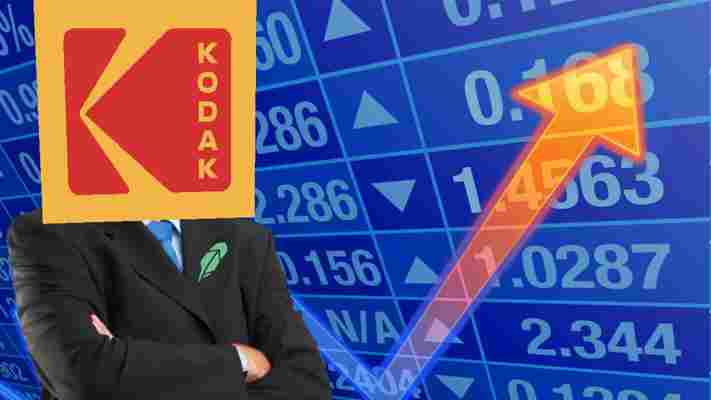 However, Kodak‘s latest pump was remarkably short-lived; after shooting to $13.06 in less than an hour, Kodak stock fell quickly to close 8% up by the end of the day. 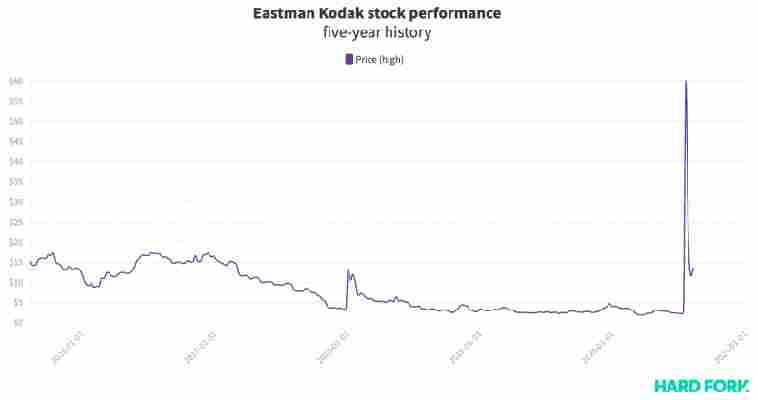 This represented roughly $210 million gained and lost from Kodak‘s market value within a single trading session, after fighting to maintain a market cap above $90 million just one month ago.

While absurd, those movements are tiny compared to the monstrous 2,000% rally sparked by Kodak‘s $765 million government loan to fund an ambitious pivot to producing basic ingredients for drugs.

As one might expect, Robinhood traders jumped to capitalize on Kodak‘s seemingly miraculous resurrection.

On the morning of July 28 (when Kodak wasn’t pharma), roughly 9,300 Robinhood users held Kodak stock, according to the popularity data shared by Robintrack.

Two days later, that number had grown beyond 123,000; more than 92% of Robinhood traders with Kodak stock in their portfolios had bought in after news of its government loan first broke.

But word appears to have leaked early, sparking allegations of insider trading that led Kodak to announce an “internal review” to investigate the matter.

What was a $96.5 million photography company had suddenly grown to be worth nearly $2 billion in two days, only to see $1.5 billion of that valuation evaporate almost as quickly.

Kodak is all fun and games, until you bought the top

From the sidelines, watching a throwback brand like Kodak enter the stratosphere and return to Earth on potentially dodgy circumstances might seem entertaining, but the Robinhood users left holding its stock aren’t likely to see it that way.

After analyzing its initial pharma pump against Robintrack’s data, Hard Fork found almost all of the Robinhood traders that bought Kodak stock for its pharma play did so on its way from $8 to $59.

Just 9,300-odd Robinhood traders held Kodak stock prior to the deal, so I guess we can call these the lucky few.

At pixel time, Kodak stock trades at $7.79, 86% down from its pharma-peak, and well below the range required for all those Robinhood users not to lose money on their investment due to pesky allegations of insider trading.

Robinhood won’t let us do these articles anymore (boo!)

If authorities end up proving wrongdoing at Kodak, one can imagine the market sending Kodak right back to $2 — leaving almost all of the Robinhood users holding its stock in the lurch.

Unfortunately, as much as Hard Fork would like to report on whether any of those investors cut their losses during Kodak‘s latest pump, Robinhood no longer allows Robintrack access to its user data, but as of midnight on August 13 there were still 9 3,730 users with at least some Kodak stock in their portfolios.

“The trend data that is available on our web platform can be reported by third parties in a way that could be misconstrued or misunderstood,” said Robinhood in a statement to Bloomberg . “Importantly it is not representative of how our customer base uses Robinhood.”

Whether that’s true is cause for debate. But regardless, Kodak now sits prominently alongside Hertz and GAP on the growing list of companies that’ve lured in retail investors with spontaneous rallies this year.

If Kodak‘s 80% rally on Tuesday is anything to go by, those riding these rollercoasters had better get comfortable.

(Edit: This piece has been updated to clarify percentages in the 15th paragraph.)

Hello and welcome to yet another Monday and with that, another Moonday Morning – Hard Fork’s selection of the top cryptocurrency and blockchain headlines from the past weekend. 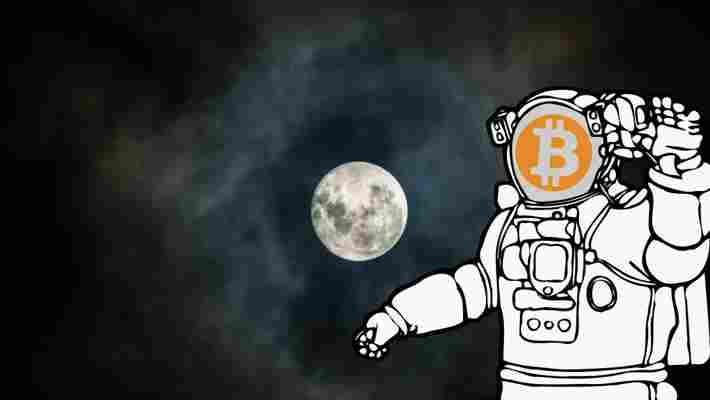 1. Vitalik Buterin, the co-founder of Ethereum, has said the Ethereum Foundation made approximately $100 million after selling Ether during the cryptocurrency‘s last all-time high, which saw it trade close around the $1,400 mark, CryptoGlobe reports .

Buterin made the comments on a podcast with Eric Weinstein, Thiel Capital’s managing director.

“I did get the Ethereum Foundation to sell 70,000 ETH like basically at the top and that’s doubled our runway now, so it was one good decision that had a lot of impact,” Buterin added.

2. The QuadrigaCX saga continues . Lawyers representing users of the defunct cryptocurrency exchange have asked Canadian authorities to exhume the founder’s body based on “questionable circumstances” surrounding his sudden death, according to the BBC .

Geral Cotten passed away last year from complications relating to Chron’s disease. It’s been claimed that the founder was the only person who had the passwords to cryptocurrency wallets containing $137 million of users ‘ funds.

3.  The Riksbank, Sweden‘s central bank, has asked Accenture to handle the development of its digital currency pilot.

According to a press release issued last Friday, Accenture will take care of e-krona’s consumer-facing features  and test them with “simulated stores.”

MasterCard CEO on Facebook’s Libra: ‘I don’t understand how that works’ 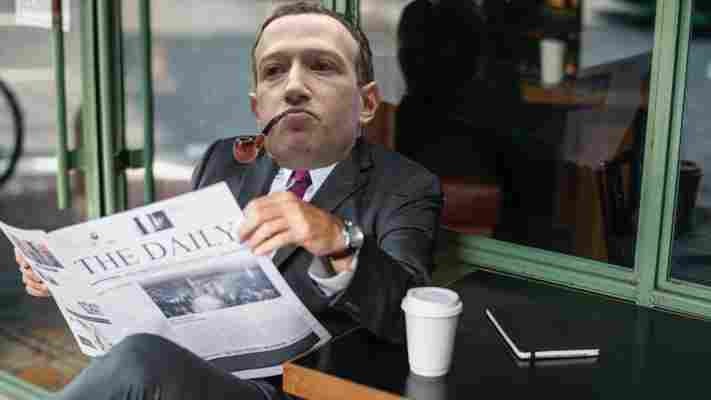 In an interview with Financial Times , Banga noted he believed that key members of the Libra Association weren’t fully committed to “not do anything that is not fully compliant with local law,” particularly in relation to anti-money laundering and data management concerns.

“… all that […] every time you talked to the main proponents of Libra, I said ‘Would you put that in writing?’ They wouldn’t,” Banga told FT.

He also expressed that while he likes the idea of a global currency, Banga couldn’t see how Libra actually makes money, stating “when you don’t understand how money gets made, it gets made in ways you don’t like.”

In regards to Facebook‘s plan to build a separate proprietary wallet (Calibra) to store Libra, despite originally pitching its digital currency as an altruistic tool for financial inclusion, Banga affirmed that it “doesn’t sound right.”

“If you get paid in Libra […], which go into Calibras, which go back into pounds to buy rice, I don’t understand how that works,” he said.

Facebook first revealed Libra in June last year, a blockchain-powered digital currency that’s backed by real-world assets and with a value weighted against a basket of international currencies to reduce volatility.

This is unlike Bitcoin, which is more akin to a commodity as it isn’t backed by anything other than itself, and has a price determined by cryptocurrency markets.

Since then, the likes of MasterCard, Visa, PayPal, and Stripe have pulled out , most recently Vodafone announcing it would ditch Libra to fully focus on its own fintech solution, M-Pesa.

Libra is still scheduled to be deployed sometime in 2020, however if what Banga says is true, it might not be long before we see even more partners drop, something Zuckerberg can surely no longer afford.