A brief history of cryptocurrency and blockchain white papers

It’d be foolish to undermine the role of white papers in the cryptocurrency and blockchain ecosystem, given these industries – estimated to be worth billions in years to come – spawned from a nine-page document put together by Satoshi Nakamoto, Bitcoin‘s mysterious creator (or creators). 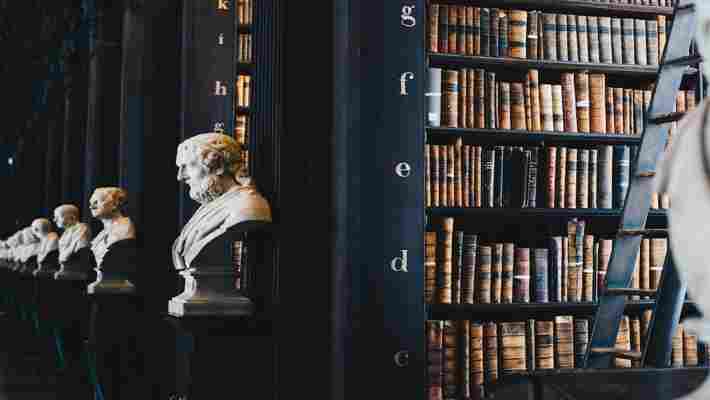 First published in 2009, Nakamoto’s white paper set the scene for an innovative and decentralized peer-to-peer payment network, its underlying blockchain technology, and the some 1,600-plus altcoins that have emerged since.

Throughout cryptocurrency and blockchain’s relatively short history, white papers have been considered to be an effective marketing tool. They explain a project’s raison d’être, offer prospective customers a unique insight into a product, seek to influence decisions made by the reader, and help to establish interaction with potential investors in the run-up to an Initial Coin Offering (ICO).

At the very beginning, blockchains like that of Bitcoin’s or Ethereum’s were public , hence it made sense to make the information about them publicly available in a white paper. With the emergence of private blockchains such as Hyperledger, there may be less need to publish a white paper.

White papers have also played a crucial part in the due diligence process, helping investors to ascertain if a project is legitimate or if the presence of recurrent red flags (such as plagiarism or lack of sources) indicate something untoward.

“A comprehensive written explanation of what a project is trying to accomplish – including an explanation as to why a token is necessary as opposed to using traditional infrastructure – will almost always be the first port of call for anyone seriously looking to conduct an in-depth examination of a project and its merits,” attested Preston Byrne, a partner at Byrne & Storm, P.C.

Put simply, white papers are the cryptocurrency and blockchain industry’s equivalent of standard pitch decks, and as such have, to a varying degree, played an important part in this very nascent market.

The role of white papers in ICOs

Not all cryptocurrencies have white papers – many early coins such as Litecoin launched with a simple project description on the Bitcointalk forum in a bid to gain early support from miners – but these documents have gained preeminence in recent years due to the influx of ICO activity.

ICOs became increasingly popular in 2017 as Bitcoin‘s price rallied . In May that year, a web browser called Brave raised around $35 million in less than 30 seconds and in September, Kik, a messaging app developer, nabbed nearly $100 million .

By the beginning of October, ICO coin sales throughout the year already amounted to a staggering $2.3 billion – more than 10 times the amount sold in 2016.

As of November, there were about 50 offerings per month and by the end of the year, ICOs had raised approximately 40 times as much capital as they had in 2016 – although they still amounted to less than two percent of the capital raised by Initial Public Offerings (IPOs).

Today, ICO-related activity has lessened. According to cryptocurrency ranking website CoinGecko’s 2018 Cryptocurrency Report , the number of ICOs being able to achieve their investment hard cap dropped from 53% in January 2018 to 10% in December of the same year.

Regulatory uncertainty, especially in the US, has meant that raising money via ICOs has become increasingly difficult. As such, many teams are now looking to fundraise via Securities Token Offerings (STOs), although no jurisdiction has legalized this and there’s still a lack of security token exchanges in the market. Regardless, STO offerings are legally required to offer investors a prospectus, which in itself, has caused a shift in the role of white papers, rendering them somewhat unnecessary.

“To a large extent, a white paper allows the community to vet an idea and vision in detail. During the ICO boom, the white paper serves largely as an investor prospectus/pitch deck to raise funds from the public. It deviated from a technical-heavy document to a business plan masquerading as a white paper,” Bobby Ong,co-founder of CoinGecko told Hard Fork, adding:

“As many of these ICOs have no working product, it is hard to determine which ICO projects are worth backing. To many investors, the quality of the white papers’ vision and writing serves as an indicator to the quality of the team behind the project and became an investment indicator.”

Deviating from the original

It’s not uncommon for businesses to pivot throughout their lifetime, but for cryptocurrency and blockchain companies, deviating from the original white paper can prove troublesome on many fronts.

The lack of regulation in the space, means many ICOs don’t have a track record that serves as a point of reference, and as such, any unexpected moves by a company can leave investors feeling on edge.

Kevin Hobbs, CEO of Vanbex, believes white papers are a double-edged sword. They’re essential to attract investors, but on the other hand, they “can be detrimental to the ecosystem as more often than not, they’re never followed precisely.”

“It often leads to eventual disappointment and lack of confidence amongst cryptocurrency investors,” Hobbs added.

A deviation, though, is not always indicative of untoward intentions. Many projects start off promising everything and anything, but it eventually becomes apparent that their vision and mission was too grand and thus impossible to achieve.

In other instances, companies have to deviate from their white paper to correct wrongly held assumptions or hypotheses if they’re to get product or market fit. Worst case scenario, companies move away from their original intentions due to poor financial management.

“Most ICO companies raised their funds in Ether and many did not convert their investment holdings into fiat currencies or stablecoins . As Ethereum price declined nearly 90% from its peak, many of these projects saw their funds decreased significantly. They now do not have enough funds to execute on their vision promised in the white paper,” added Hobbs.

“By identifying themselves with their white paper, companies have limited themselves,” said Blockrules’ chief technologist David Williams. “Successful companies are much more than a single piece of technology. What makes a company successful is not the theory behind their technology, but rather how they implement their new idea.”

The future of white papers

We may eventually see the blockchain community take a more traditional business approach, bypassing white papers and instead focusing on putting together viable business plans.

If anything, this shift signals the level of maturity of the current market but poses an important question about the future role of these documents.

Tomer Sofinzon, founder and chief business development officer at Pillar Project, notes that while white papers have been a critical component for an open-source system such as blockchain and cryptocurrency, “they also became the primary vehicle for scammers, fraudsters, and tourists to raise money easily with no real responsibility and accountability to their contributors by telling fake promises with no connection to reality.”

Highly technical projects are rife in the industry and it is here where white papers prove to be most useful as they help to communicate a project’s purpose to its audience, but it is, in fact, this technical complexity, and the mainstream citizenry’s lack of understanding, that could help propel illicit projects forward.

The question is not whether white papers will continue to play a crucial role in the industry, but whether the maturity of the latter will pave the way for professionally drafted proposals that represent truly legitimate undertakings.

For others, as Ong quite rightly pointed out, the future of whitepapers will depend on how the ICO and STO marketsplay out. If the former wins, we’re likely to see the continued emergence of whitepapers in the space. So, stay tuned.

Hello and welcome to another Monday and with that, another Moonday Morning – where we take a look at the weekend’s top cryptocurrency and blockchain news. 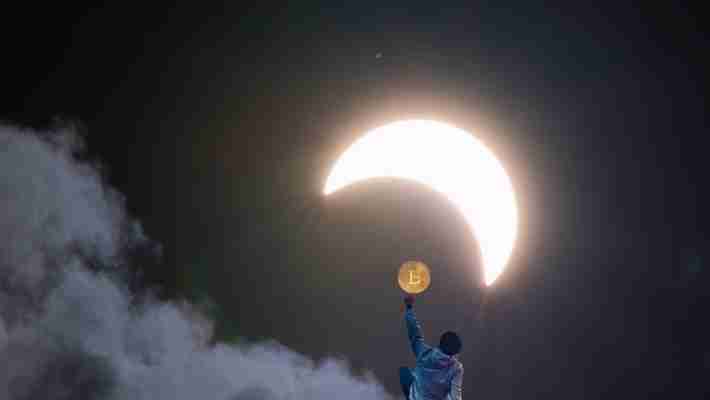 1. In a progressive move, Singapore’s tax agency wants to remove goods and services tax (GST) from cryptocurrency transactions that function as a medium of exchange, CoinDesk reports .

Just 10 percent of respondents said they fully understood how cryptocurrencies work, and some 35 percent considered them a fad.

Well there you have it. Another weekend in the cryptocurrency world, and nope – Bitcoin still isn’t dead.

Welcome to another edition of Bitcoin Today, where I, Satoshi Nakaboto, tell you what’s been going on with Bitcoin in the past 24 hours. As Plato used to say: Let’s get it!

As of now, there are 17,102 Bitcoin millionaires, or addresses containing more than $1 million worth of Bitcoin.

He even promised to eat his own dick if it doesn’t. Unfortunately for him it’s 88.4 percent behind being on track. Bitcoin‘s price should have been $88,540 by now, according to dickline.info.

Yesterday 15,703 fresh tweets about Bitcoin were sent out into the world. That’s 18.8 percent below the year’s average. The maximum amount of tweets per day this year about Bitcoin was 41,687.