At first glance, the Asus VivoBook S200 looks like a silver version of the Asus Taichi . Look a little deeper, though, and you see some stark differences: the VivoBook has a budget Intel Core i3-3217U processor rather than a high-end Core i7-3517U, and instead of twin 1080p displays you get a single 1,366x768 touchscreen. The laptop's not to be sneezed at, though, as it's £800 less than its fancy sibling. 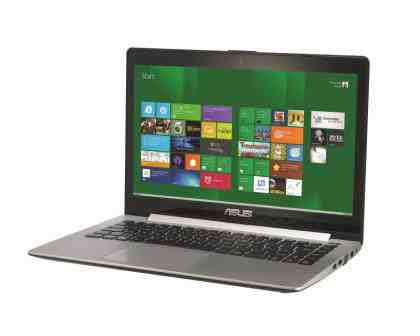 We thought that touchscreen laptops, such as the S200, would command a hefty premium over typical models. We're very happy to be proved wrong though by Asus. We were also sceptical that users would want to reach over their keyboards to interact with the screen. However at this price, and given the touch-centric design of Windows 8, we can now see touchscreen laptops rapidly becoming the standard.

The S200 is simple to use. The extremely responsive ten-point touchscreen makes navigating Windows 8 an absolute breeze. It doesn’t fold back on itself like the Lenovo Yoga or turn into a tablet like the Taichi or Dell XPS 12, but the most important thing is that the touchscreen is at your disposal all the time – something we really missed on the Taichi with its non-touch main screen.

Tapping icons did make the screen wobble slightly, but it wasn't enough to spoil using the laptop. Unlike tablets with keyboard docks, such as the Asus Transformer , the S200 has enough weight in the base to make sure it doesn’t rock backwards when you jab the touchscreen. 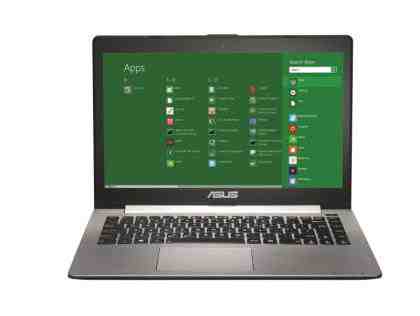 A big drawback with touchscreens is that they quickly become covered in fingerprints. This isn’t helped by the S200's dim screen; it's significantly less bright than we're used to. Although reds, greens and blues were still fairly vivid, the low brightness meant areas of detail were lost in the darker areas of our test photos. The screen has a reflective surface, which caused a large amount of glare under bright lights, but the S200 does have a reasonable range of screen tilt to help remedy this.

We thought the brightness problem may be down to the automatic brightness controls built into Windows 8, which we had trouble with on the Taichi and had to override, but that doesn't seem to the case here. 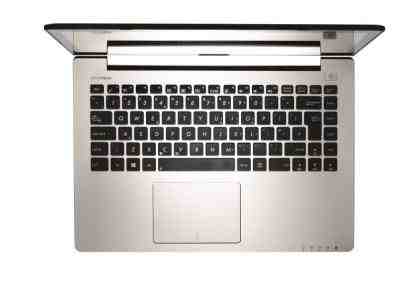 Not yet certain about touchscreens and Windows? Then there are decent alternative controls too

As this is a proper laptop, below the touchscreen is a full-sized keyboard and a touchpad. The keyboard's keys are all individually spaced and give lots of tactile feedback, and the laptop's smooth, central touchpad is well positioned so we never brushed it accidentally when typing.