Standing toe to toe with Apple’s MacBook Air products, the Asus ZenBook lineup has often been accused of plagiarism, but they’re not so much a direct copy. Instead, I prefer to think of them as taking inspiration from their svelte Apple-based alternatives, a tradition the Asus ZenBook 3 continues.

With its new lighter chassis, however, it’s Apple’s 12in MacBook that the ZenBook 3 is targeting this time around. For the most part, the two look hauntingly familiar. Aside from the obvious Royal Blue colour, and Asus’ usual flourish of concentric circles on the lid, you’d be forgiven for thinking this walked straight out of your local Apple Store.

Its lavish build quality sets it in the same stride as its MacBook counterpart as well. The accented gold trim and gold-backlit keys are well worth the price of admission, with a faint whiff of inspiration from HP’s recent gold-infused Spectre and Envy refreshes. The subtle detailing altogether lends itself to an exceptional device, worthy of the four-figure price Asus is asking. 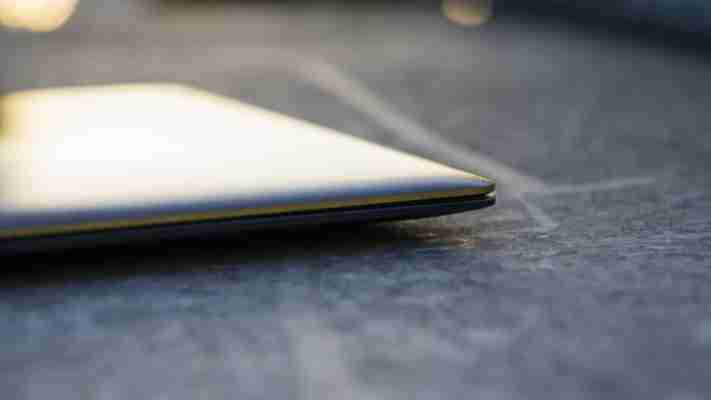 Take a closer look and you’ll spot a few subtle differences between the two competitors. The ZenBook 3 is a smidge slimmer than the MacBook at 11.9mm deep, and at 910g it’s just over 1% lighter, too. While the footprint is roughly the same, the MacBook’s 16:10 display makes it a tad more stretched out from front to back, but the differences between the two are all but negligible.

Originally, the ZenBook 3 sat around the £1,100 price tag, it can now be found for around £995 on Amazon , making it a lot more appealing - but is it worth it? Read on to find out. 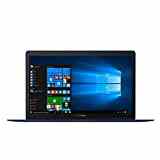 Where the ZenBook 3 is a near carbon copy of the MacBook from a physical point of view, its innards are noticeably different. Where the MacBook is limited to the ultra-low-power Core m chips, the ZenBook 3’s slowest model squeezes in a seventh-generation, Kaby Lake dual-core i5-7200U processor clocked at 2.5GHz and backs it up with 8GB of RAM. If you’re up for spending a little more, you could opt for a ZenBook 3 crammed with a Core i7 inside. 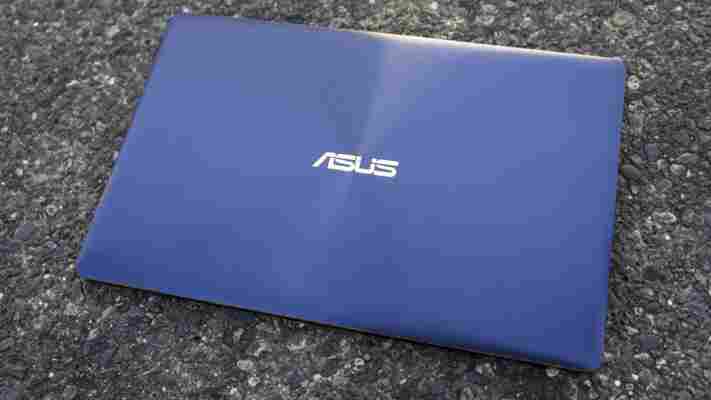 I tested the Core i5 model and even this is wonderfully capable. It scored 43 in our 4K benchmarking tests, a difference that’s night and day compared with the paltry 24 of the Apple MacBook equivalent. Rest assured, the ZenBook 3 will be able to keep up with most workloads, although it might struggle with heavy video editing.

Heck, you can even play some games on it, too. Integrated graphics chips are no longer synonymous with naff performance, with Intel’s latest HD Graphics 620 GPU kicking up a storm. Of course, you shouldn’t expect to play The Witcher 3 on Ultra settings here (save that for Razer’s awesome new Blade QHD+ ), but older games ran without a hitch. Minecraft never dipped below 40fps even at maximum render distance, although that game can probably run on a toaster these days.

The big problem is the ZenBook 3 chews through its battery too quickly, lasting a mere 6hrs 52mins in our continuous video-playback test. That’s nowhere near the MacBook’s 10hrs 12mins the same test.

Another sticking point is its notable lack of ports. Thanks to its slim, tapered frame, there’s only one USB Type-C port on the right-hand side and it’s out of action while you charge – unless you purchase a USB Type-C hub or docking station. Built-in 802.11ac Wi-Fi and Bluetooth 4.2 will keep you connected.

Despite the ZenBook 3’s size, its keyboard is remarkably spacious. The keys are generously sized, and with 0.8mm of travel and plenty of feedback, I found it comfortable to type on. The one issue is that it does flex a little too much in the middle for my liking.

Its glass polished trackpad does the job, too, but it isn’t outstanding. I had no issues with responsiveness, performing multi-touch gestures with relative ease, but it felt flimsy when clicked. There are no dedicated left and right mouse buttons either, and with a fingerprint reader nestled in the top-right corner, the usable area is somewhat restricted.

Likewise, the ZenBook 3’s 12.5in screen is hardly the trend-setter. It is good, though. I measured its peak brightness at 360cd/m2, which brings it neck and neck with the MacBook’s 367cd/m2 display, and a contrast ratio of 1,000:1 lends it a wonderfully punchy look. Colour reproduction isn’t too shabby at 85% of the sRGB gamut, either.

The problem is that its low pixel density of 176ppi lets it down a little. Not a patch on Apple’s 227ppi in its recent 13in MacBook with Retina display, the ZenBook 3’s Full HD screen has noticeably jagged icons and text on closer inspection.

It might not be as flashy or as sought-after as Apple’s 12in MacBook king, but this ultraportable is a marvellous Windows 10-infused alternative.

Sure, the MacBook may trump Asus’ offering when it comes to battery life, and it only has the one USB Type-C port, but the ZenBook 3 is the perfect purchase if you’re feeling a little underwhelmed with the MacBook’s meagre processor and sky-high price.

For just £955, you get a Windows 10 ultraportable that’s just as svelte as its Apple rival with a significant performance advantage. If you’re unsure of switching to macOS or you’re thinking of making the move to Windows for the first time, this machine should most certainly be on your shopping list.