Authorities are investigating an Australian social media influencer ‘s bank accounts after she defrauded her followers with fake cancer claims and used the money to trade cryptocurrency.

Annabelle “Belle” Gibson has been systematically lying to her followers and using her company’s profits to trade cryptocurrencies, futures, and place sports bets, the Canberra Times reports .

Investigators are examining Gibson’s accounts after she failed to pay a AUD$410,000 ($285,000) fine, handed to her in September 2017 for misleading her followers.

We don’t know how much cryptocurrency she traded, but her transactions have been described by prosecutors as “curious.”

Gibson appeared in court earlier today to defend herself against the accusations. During the hearing prosecutors said, “[The documents] reveal a great many transactions overwhelmingly in the nature of discretionary [non-essential] spending,” The Sydney Morning Herald reports .

Gibson claimed to have terminal cancer which she said she was managing, and in some cases, healing through alternative therapies and a controlled diet.

She had been using these illegitimate claims to gain media attention and promote her cookbook and app. In April 2015, investigations revealed she never had cancer ; her following had been built on a web of lies, deceit, and fraud.

The court also heard that she had invoiced a recent trip to Africa, via Singapore, to her eight year-old son. She claimed her son was the lead passenger, and she, his companion, 9news reports .

Gibson is yet to learn her fate as the hearing is still ongoing .

As far as cons go, this is certainly one of the most outlandish we’ve ever come across.

Cryptocurrency crime fighters are about to have a lot more fun after Europol has revealed its developing a game to help law enforcers learn how to trace and investigate illicit uses of digital currencies. 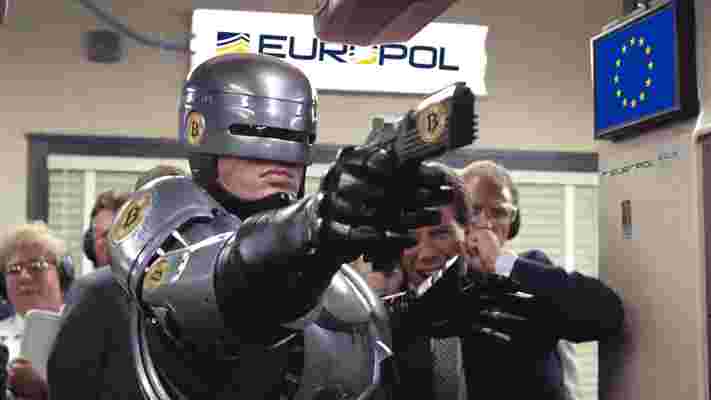 Europol declared its intentions to help authorities with the announcement of what it’s calling the “cryptocurrency-tracing serious game” at the sixth Cryptocurrency Conference held from June 12-14 at Europol’s HQ, an announcement reads .

The game has been developed in collaboration with CENTRIC (Centre of Excellence in Terrorism, Resilience, Intelligence and Organized Crime Research). It aims to give law enforcement officers hands-on training for tracing cryptocurrencies as part of criminal investigations.

The game is pegged for launch in October and is set to be unveiled at the seventh Europol-INTERPOL Cybercrime conference, Europol says. The platform will use gamification to create a training opportunity. No more details about the game have been released.

Despite sounding like fun, this training game is another sign of how serious law enforcement agencies are tackling cryptocurrency-related crime.

While this might be Europol’s first use of a gamified training platform to help teach law enforcers how to trace cryptocurrencies, Interpol implemented a similar idea a few years ago.

In 2015, reports stated that Interpol had created its own in-house cryptocurrency to study criminal scenarios in a simulation training game.

Welcome to another edition of Bitcoin Today, where I, Satoshi Nakaboto, tell you what’s been going on with Bitcoin in the past 24 hours. As Kant used to say: Bob’s your uncle!

A total of 349,040 transactions were conducted yesterday, which is 3 percent above the year’s average and 22 percent below the year’s high.

As of now, there are 13,581 Bitcoin millionaires, or addresses containing more than $1 million worth of Bitcoin.

He even promised to eat his own dick if it doesn’t. Unfortunately for him it’s 89.8 percent behind being on track. Bitcoin‘s price should have been $94,277 by now, according to dickline.info.

Yesterday 16,339 fresh tweets about Bitcoin were sent out into the world. That’s 14.6 percent below the year’s average. The maximum amount of tweets per day this year about Bitcoin was 41,687.