Japanese cryptocurrency exchange Bitpoint has been hacked, resulting in the loss of $32 million worth of various digital currencies, Bloomberg reports . 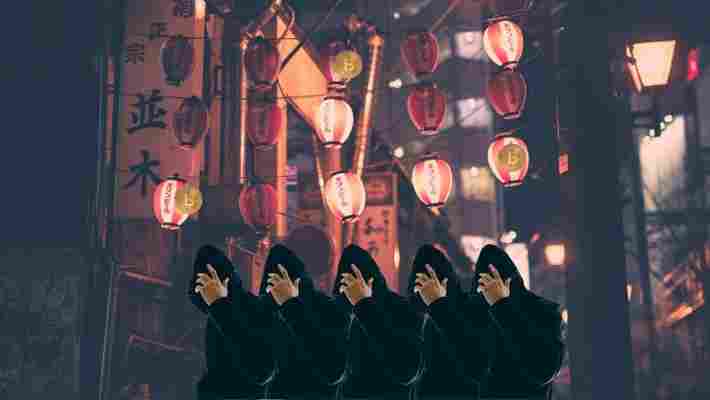 The majority of funds lost (approximately $23 million) belonged to customers, while the rest were owned by the exchange. 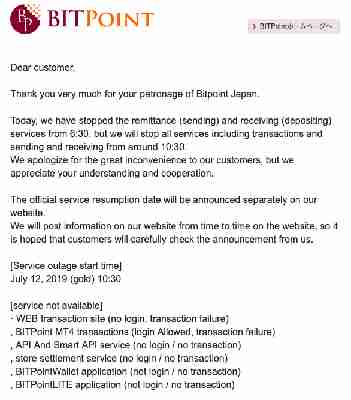 Bitpoint has ceased operations and says the funds were stolen from a hot wallet that contained five cryptocurrencies including Bitcoin, Ripple, and Bitcoin Cash.

As of yet, the company says it is not aware of any funds taken from cold wallets.

Japan‘s Financial Services Agency ordered Bitpoint, and several other operators, to improve internal controls after Coincheck lost a staggering $516 million after it was attacked ( possibly by Russian hackers ) in January last year.

It’s often said that machines will perform upwards of 40 percent of the world’s jobs by 2035 — but one artist is out to prove that automated technologies can bring positive change too, and he’s using DIY cryptocurrency miners to do it. 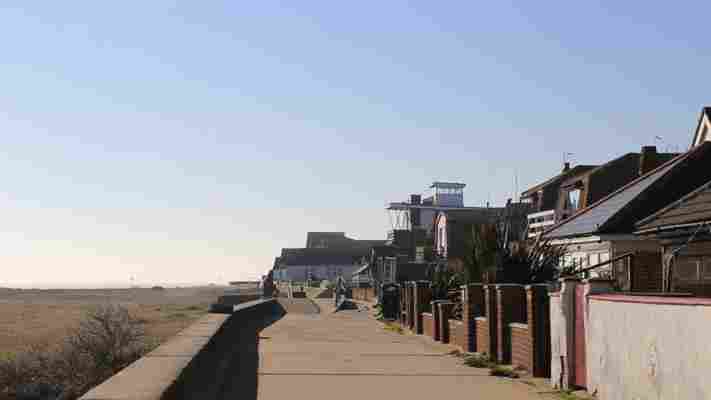 Jaywick, a sleepy seaside village roughly two-hours drive from London, has a well-documented problem with unemployment. In 2011, The Guardian reported that 62 percent of the working-age population received government benefits of some kind. Since then, Jaywick has been named England’s ‘ most deprived ‘ area, twice .

Factories in surrounding areas have continued to close in recent years, putting further stress on the local population . So, it’s no surprise that those affected by the rise of automation would meet emerging technologies with heavy skepticism.

To help disenfranchised locals re-engage with technology, artist Maël Hénaff has collaborated with Jaywick’s community to run practical workshops that illustrate how emerging technologies can work for them, rather than against them.

In this case, that means building fully-functioning cryptocurrency miners that earn small amounts of supplementary income all by themselves.

Jaywick locals have been making their own tidal-powered cryptocurrency miners using Raspberry Pi model 3s. These are pocket-sized, single-board computers built to promote the teaching of basic computer science to the general population.

The DIY miners work like this: kinetic energy from ocean tides charge external batteries connected to a voltage regulator, which sends electricity directly to the Raspberry Pi. The miners are then tossed into the ocean, kept dry inside waterproof (and funky) mason jars.

“The principle was to make the community understand that a lot of information is already on the internet, so it’s important to know where to look,” Hénaff told Hard Fork.

As Raspberry Pis are indeed very small, Bitcoin is a little too resource-intensive to mine, but Hénaff confirmed he found the miners were more efficient when mining alternative cryptocurrencies like Monero and Storj.

“These aren’t powerful devices, which can explain why we aren’t mining a lot of cryptocurrencies, but the price of these computers is cheap and they don’t require that much energy to run,” said Hénaff. “We are actually using Raspberry Pi Zero too, as they need even less power.”

The project’s goal is to spark a discussion between Jaywick locals, and hopefully birth a shared micro-economy. All cryptocurrency mined is sold monthly, and any generated money is intended to be used within the community.

“I would say that from the beginning the idea was less to make money, and more to realise that emerging technologies could become a real tool for social benefit,” Hénaff told Hard Fork. “Now that Jaywick locals know how to build and make them work, a few people are making their own miners.”

You can read more about Hénaff’s cryptocurrency miners here .

eToro now lets you buy cryptocurrency straight from your wallet

eToro is making it easier to load up your wallets with cryptocurrency. The company announced users of its standalone wallet – available for Android and iOS – can now buy crypto-assets directly from the app itself. 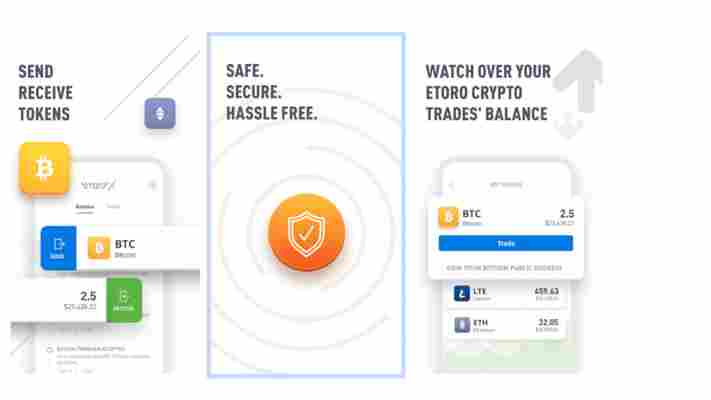 “We believe that cryptoassets and the blockchain technology that underpins them will revolutionize global finance. In the future, all assets will be tokenized and we are just taking the first steps on this journey,” said eToro founder Yoni Assia. “Removing obstacles when purchasing crypto will help drive mass adoption.”

There’s a catch though: the wallet’s new built-in purchase feature only works with euros and pounds sterling, which suggests it might not be immediately available to US-based users. We’ve asked the company for clarification, and will update this piece accordingly if we hear back.

For the record, eToro initially unveiled its wallet solution for Android and iOS in November 2018. Back then, the app supported only BTC, BCH, ETH , and LTC, but the company has since added more options, including XRP and XLM. Indeed, there are plans to add even more assets to the wallet in the near future.

It’s been a busy week for eToro. Just a few days ago, the company launched its cryptocurrency-to-cryptocurrency exchange service in the US, where users in 32 states can now trade 13 different crypto-assets.

In the meantime, you can download eToro’s wallet for Android by clicking here – or here , if you happen to use an iPhone or an iPad.

Did you know? eToro will be joining us at the Hard Fork track at TNW2019 , our tech conference in Amsterdam. Check it out .

Microsoft seems very proud of its...