Ethereum Classic, one of the most popular forks of the second most valuable cryptocurrencies by market cap has suffered a 51-percent attack. 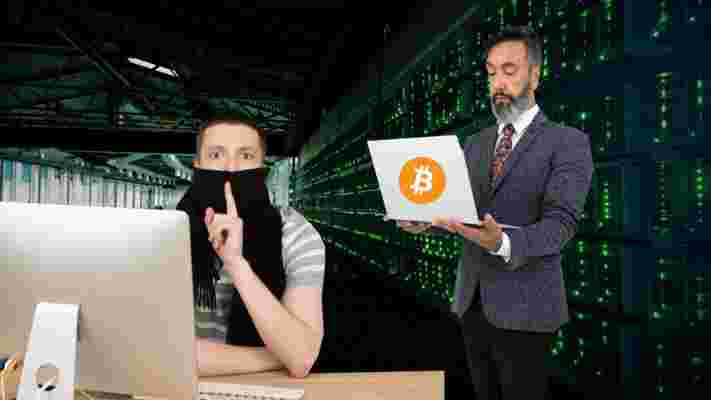 After Chinese blockchain security firm SlowMist raised the alarm, an analyst at CoinNess dug a little deeper. The analyst found that a private mining pool had managed to increase its hash power to 3,263 GH/s, making it – temporarily – the most powerful mining pool at around 11:00am UTC on 6 January.

After this brief spike in power, the mining pool returned to its normal state of around 300 GH/s. However, ten hours later the same thing happened again, and the pool’s hash rate began to climb. At the time CoinNess’ article was published the illicit mining pool’s power equated to around 63-percent of the total network hash rate.

Shortly after these attacks Coinbase paused all Ethereum Classic transactions , it initially detected that around 88,500 ETC ($460,000) had been double-spent. However, the cryptocurrency exchange has since uncovered another 12 attacks that “included double spends, [now] totaling 219,500 ETC ($1.1 million).”

How does a 51-percent attack work?

Decentralized blockchains like Bitcoin or Ethereum rely on “honest” nodes holding more than 51-percent of the networks computing power. All these honest nodes work together to confirm and verify the true order and history of transactions on that network. In doing so, they create an immutable history of who has paid what and to who it was paid.

However, when dishonest nodes can control the majority of a blockchain‘s computing power they can effectively rewrite history, and get back their spent cryptocurrency. The dishonest miners do this by building a new blockchain that leaves off from a block that was mined before their transactions took place.

Let’s say I send David 2 ETC to pay him back for the pizza we shared at lunch. When I get home I fire up my super powerful mining rig – that has over 51-percent of the network’s power – and start mining from a block that was mined before I sent David those 2 ETC and start a new blockchain.

When this happens, I obviously get to keep the pizza, and the transaction I sent to David is not accepted as true, so I get to keep my money and David is left without payment. As the cryptocurrency can be spent again, this is known as “double-spending.”

In this case, the attackers went back 100 blocks and started a new blockchain which allowed them to release over $1.1 million worth of Ethereum Classic to be spent again.

It should be pretty clear that being able to roll-back and create a new blockchain that takes off from a point in history prior to other confirmed transactions to effectively defraud merchants, is really quite bad.

The whole idea of blockchain is built on the concept of decentralization, not just of technology but of power too. When a single entity can control the majority of the network’s power, it’s technological and political power is no longer decentralized.

When a 51-percent attack occurs, it’s the first sign that a blockchain has potentially become too centralized to be considered trustworthy. Incidents like this are enough to get coins delisted from cryptocurrency exchanges. Last year, Bittrex delisted Bitcoin Gold following a similar incident which saw hackers steal over $18 million wroth of BTG.

To some, this attack might not be all that surprising. Last year, mining operations began shutting down all over the world as operating costs far outstripped the rewards of mining. All this has done is put more power in the hands of the remaining miners, enough power it seems to start launching 51-percent attacks.

Just when you probably thought you’d seen it all, scammers are now selling discounted hacked cash in exchange for Bitcoin on the dark web . 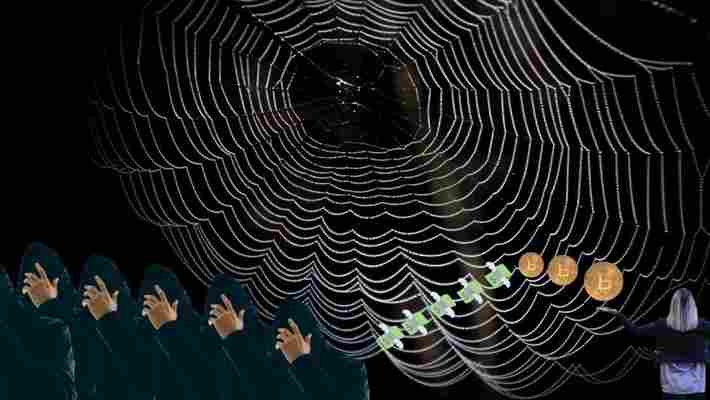 According to security firm Armor’s 2019 Black Market report , released this month, savvy criminals are selling cash on the dark web to avoid the risks associated with having to deal with the funds themselves.

The report says this alarming trend gives buyers the chance to buy cash in various amounts – $10,000, $5,000, $2,500 – and all they have to do is prepay the criminal their 10-to-12 percent fee in Bitcoin and provide them with a bank or Paypal account they would like the money transferred into. Buyers can also choose to have their funds wired to them via Western Union.

The transactions cost approximately 10 cents to 12 cents on the dollar . “This arrangement works well for the cybercriminal selling the stolen funds because, ultimately, he or she is not taking possession of the funds but merely transferring them, which puts the majority of risk on the scammer buying the money,” the report says.

“With the glut of online bank credentials and credit cards (which can be used to wire money via Western Union) for sale on the underground markets , it came as no surprise to the TRU team that the cybercriminals would figure out additional ways to monetize these illicit goods,” it adds.

The researchers say this new trend was first spotted within the last year but has since become a key offering for criminals using the dark web .

There’s no denying that when there’s a will there’s a way, and it’s therefore hardly surprising that criminals are constantly looking for ways in which to innovate.

For the most part, this is just another example of how Bitcoin is being used for illicit purposes, but it’ll certainly won’t help to clean the cryptocurrency ‘s tarnished reputation.

Scalability is the biggest hurdle ahead of cryptocurrency mass adoption, research says

While you’d find plenty of forward-thinking businesses accepting Bitcoin out there, cryptocurrency payments largely remain on the brink of mainstream adoption. But according to new research [ PDF ] from Imperial College London and social trading platform eToro , we might not be all that far away from that moment. 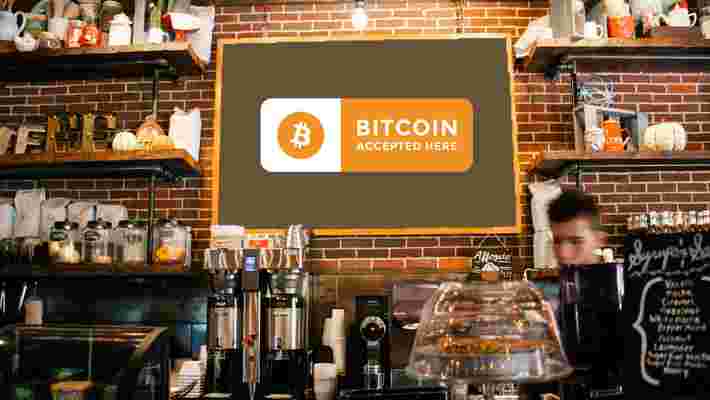 In a new report titled Cryptocurrencies: Overcoming Barriers to Trust and Adoption , Imperial College researchers William Knottenbelt and Zeynep Gurguc posit that digital currencies are slated to become a mainstream payment option within the next decade.

“The world of cryptocurrency is evolving as rapidly as the considerable collection of confusing terminology that accompanies it,” Knottenbelt commented. “These [decentralized] technologies have the potential to upend everything we thought we knew about the nature of financial systems and financial assets.”

The report argues mass adoption is certainly on the horizon given that cryptocurrencies already fulfil one of the three fundamental criteria of traditional fiat money: namely, acting as a store of value.

The remaining two criteria have to do with acting as a medium of exchange (or eliminating the frictions associated with the barter economy) and acting as a legitimate measure of value in the economic system. Still, the research is quick to point out that achieving these latter two goals will require overcoming some challenges in design, scalability, and regulation.

The researchers remark that while new forms of payment have emerged over time, money has persistently retained the same core functions and principles. They further argue that in this sense, cryptocurrencies can offer a viable technological update to the way we spend money – once they fulfil all three fundamental roles of money, that is.

“New payment systems do not emerge overnight, but it is worth noting that the concept of money has evolved – even in our lifetime – from cash to digital or contactless payments,” Gurguc said. “The wider use of cryptocurrencies and crypto-assets is the next natural step if they successfully overcome the six challenges we set out in our report.”

“In this context, we wanted to get back to basics: clarifying the nature of cryptocurrencies as a new kind of asset class, contrasting them with traditional forms of wealth, and classifying the main challenges that need to be overcome in order to drive their success forward,” Knottenbelt added.

Among other things, the researchers argue that blockchain developers will need to address the technology’s issues with scalability, usability, volatility, and privacy in order to make cryptocurrencies a feasible payment option.

“Given the speed of adoption, we believe that we could see Bitcoin and other cryptocurrencies on the high street within the decade,” commented eToro managing director Iqbal Gandham. “There are of course barriers to mainstream adoption, but they are far from insurmountable.”

Indeed, scalability concerns have become a massive roadblock in the path towards mass adoption. The good thing is numerous developers are devising solutions.

Meanwhile, Ethereum has been struggling with a network congestion for over a week now; for the record, there are more than 45,000 pending transactions on its blockchain at the time of writing.

Bitcoin has similarly faced scalability difficulties in the past few months, causing several industry giants like Valve and Stripe to drop Bitcoin payments from their platforms.

Things have gotten significantly better recently though, largely due to the impressive progress the Lightning Network has made.

Despite these hurdles, Knottenbelt remains convinced of the imminent adoption of virtual currencies.

“There’s a lot of scepticism over cryptocurrencies and how they could ever become a day-to-day payment system used by the man on the street,” the professor said. “In this research, we show that cryptocurrencies have already made significant headway towards fulfilling the criteria for becoming a widely accepted method of payment.”