The HP DM3 looks great from almost every angle. Since the chassis is modelled on the beautiful Envy series, it looks like an expensive laptop but costs almost hald as much as the Envy 14.

The metallic-effect body is smooth, with rounded corners and few LEDs or shortcut keys to clutter the minimalist appearance. The keyboard uses black isolated keys that not only look smart, but were great to type on too. Widely spaced and full-size, everything is in a logical place, but we did find one issue. To avoid breaking the design scheme by adding extra keys, shortcuts such as volume and brightness are paired with the function buttons.

While a lot of laptops do the same, the DM3 sets each shortcut as the default, rather than secondary action. This is annoying if you frequently use the function keys in combination with the Alt ket, as it also requires holding down the Fn key. We also found the touchpad frustrating in everyday use. The buttons were stiff and had long travel, while the silver material used for the touchpad was very resistive to surface movement. 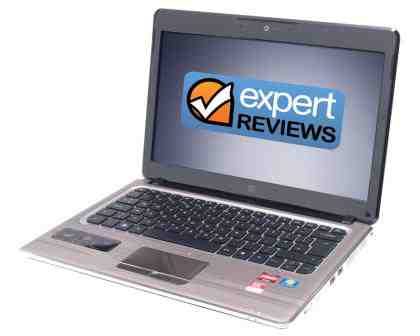 The 13.3in screen has a resolution of 1,366x768, which is average for a laptop of this size. The glossy screen was difficult to see in bright light because reflections were so strong. Brightness was average, but contrast was impressive, colours were rich and still images on the whole were very sharp. Video playback was clear and fast motion was smooth, even in 720p. Full HD playback is possible on an external display thanks to VGA and HDMI inputs.

Because it doesn't have an internal optical drive, the DM3 weighs just 1.9kg, although HP has thoughtfully included an external USB-powered DVD re-writer in the box. Four USB ports and a card reader complete the connectivity options, while the Wi-Fi switch has been sensibly placed on the side of the case where it won't get accidentally knocked.

Given the price, we were a little disappointed to find an Athlon II Neo K325 which runs at just 1.3GHz. At least there's 4GB of memory to help with multitasking: a score of 33 in our multimedia benchmarks shows that while fine for everyday tasks, it will struggle with more intensive applications. Despite having an ATI Radeon HD 5430, gaming performance was also poor, with just 14fps in our Call of Duty test.

The DM3 lasted just over five hours in our light-use battery test, which is reasonable. It manages this without making too much noise: the fan spins up to an audible level only when the processor hits maximum load. After several hours' use, the underside became warm but the keyboard stayed cool to the touch.

While it might look like an expensive laptop, the slow performance and average battery life mean the DM3 is less appealing. Extras such as the external DVD re-writer are a welcome inclusion, but they can't make up for the poor touchpad and irritating keyboard shortcuts, which make using the DM3 a frustrating experience. For only £1 more, Toshiba's Satellite Pro L630-135 is a much better deal if you can live with the extra weight. 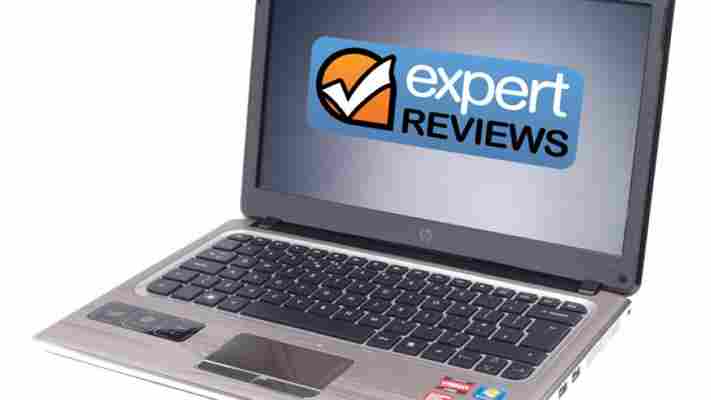