It seems HODLing can only get you this far – especially if you opt to invest in cryptocurrencies at random. 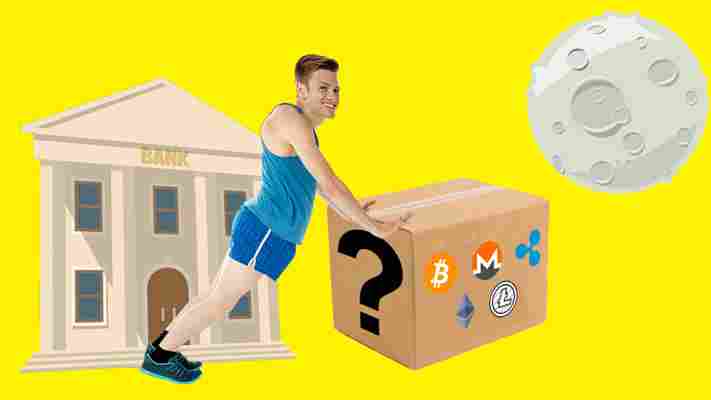 A year ago, I hopped on one of the many fleeting trends fueled by the blockchain bubble: cryptocurrency mystery boxes. Twelve months later though, my mystery box, which was initially worth $50, is now valued at less than $3 bucks – a staggering 90-percent drop in price.

So how did we end up here? Let’s get into it.

The concept of cryptocurrency mystery boxes first cropped up at the height of the blockchain bubble in late 2017 and early 2018. The idea was to give newbies an easy way of investing in cryptocurrencies without any of the hassles associated with virtual coins, like registering on exchange desks, setting up a wallet, and doing your own research.

To avoid these (pretty essential) extra steps, users would pay a slight premium to receive a USB stick loaded with a random selection of cryptocurrencies. Customers could choose among different mystery box tiers, ranging from $50 to $500 (and sometimes even higher). And indeed, tons of mystery box vendors provided similar products.

To keep things transparent, it’s worth noting that CBlocks was courteous enough to send me a $100-tier mystery box (loaded with $50 worth of cryptocurrency) free of charge.

( It appears CBlocks has since discontinued its mystery box offerings and pivoted towards a new app aimed at making donations to Latin American countries. We can’t vouch for the new service, but be aware that the blockchain space is rife with scams .)

Then I left the mystery box to gather dust in a pile of gadgets for six months, before I eventually gave a little update about its value in July 2018. For the record, its value had dipped to a measly $13.70 at the time, but you can read more about this here .

Now six months later, its price has dropped even further to an abysmal $2.90. Check it out:

Let’s break down the losses recorded by each coin:

As you can see, all coins in my mystery box portfolio have suffered 90-percent-plus dips since January last year. Of course, that won’t come as a surprise to anyone following the cryptocurrency space closely – especially considering it’s been going through its longest bear market ever .

While it seems the massive slump in cryptocurrency prices mostly killed the mystery box mania, some leading exchange services like Coinbase , Abra , and Goldman Sachs-backed Circle made an attempt to resurrect the trend in the latter half of 2018 – perhaps in an effort to fight off increasingly dwindling revenues.

But from the looks of it, none of these cryptocurrency bundle offerings did particularly well. Indeed, cryptocurrency insiders unleashed a series of merciless ridicule aimed at the performance of the Coinbase Bundle service, which marked an 80-percent descent in price year-over-year.

And while market analysts continue to predict the end of the bear market , you’re probably better off sticking to your hard-earned cash – or suffer the consequences of the bandwagon effect yet again.

Mystery boxes were never destined to make you rich.

Twitter is where the hottest of cryptocurrency and blockchain takes live and die. 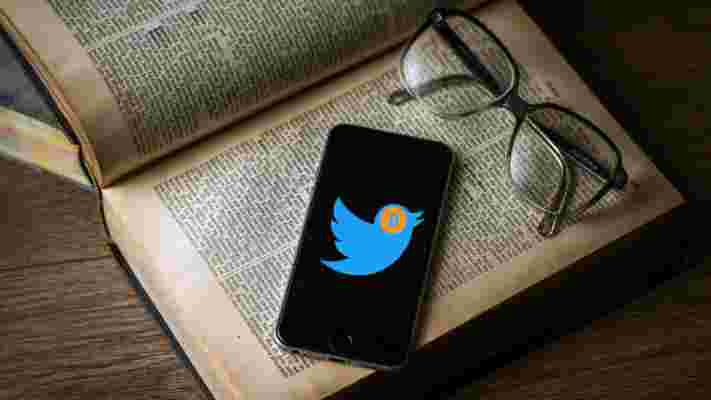 It’s where founders fling shit at one another over seemingly arbitrary disagreements, and it’s where the most flamboyant of pundits flex their wit.

So, let’s recap some of the most important and interesting Twitter threads from the past weekend, you know, for knowledge .

1. We need to be realistic about how painful forking is

When developers of blockchain systems issue a software upgrade, it is up to the entire ecosystem to either adopt or reject that patch.

Earlier this year, Ethereum insiders were forced to postpone one of its proposed forks out of fear it would inadvertently compromise the security of the network.

Weeks earlier, one core dev told Bloomberg : “I really can’t imagine a less contentious hard fork, to be honest. Of all the hard forks in the history of Ethereum, it’s probably the least eventful one.”

At least by doing what Carter suggests here, attributing the appropriate weight to the disruption forks of all kinds can bring to public blockchains, investors, insiders, and developers can all be on the same page.

This is actually an older graph kicking around , but the data checks out. Last year, PayPal‘s total payment volume was $578 billion , while Bitcoin‘s transactional volume is noted to have exceeded $2 trillion.

While this certainly seems bullish for Bitcoin, it’s a little misleading. This graph doesn’t exactly a great job of discerning between transactions specific to trades on cryptocurrency exchanges (which make up the bulk of its volume), and those pertaining to use as a currency.

Apples versus oranges, is how one tweeter put it , and I agree. It’s true that Bitcoin transaction volumes among exchanges are so high, but it’s not representative of its adoption as a method of payment.

Then there’s whole discussion about how legit cryptocurrency trading volumes are. Indeed, some suggest up to 88 percent of all trading is fake .

3. Here’s an inside scoop on OTC cryptocurrency trading

In a behemoth Twitter thread, cryptocurrency investment professional Ari Paul goes deep on over-the-counter (OTC) trading for digital assets, all for our benefit.

OTC trading desks are where the big players in blockchain tend to do their trading. These services are really in the business of providing both sides of a deal the best price for their cryptocurrency.

It goes deeper – it’s really a way for whales to unload risk they deem no longer acceptable.

As markets on public cryptocurrency exchanges tend to suffer from problems of illiquidity (there could be not enough buyers to sell your full stack), getting rid of a lot of digital assets at once could crash the price, and lead to diminishing returns on an otherwise good investment.

Did you know that some of the original OTC desks were Skype groups? A Reuters article detailed how wealthy investors, hedge funds, and Bitcoin miners have “in around five years spawned an [OTC] market moving hundreds of millions of dollars of cryptocurrencies daily, mostly via online messaging.”

4. Is decentralized finance doomed to fail? Does it matter?

DeFi is the hottest new buzzword amongst cryptocurrency insiders. The term relates to those projects specific to the emerging “fintech” industry – particularly those related to lending, tokenization, payments, and certain kinds of stablecoins.

The most popular DeFi applications are currently those urging token holders to lock up their cryptocurrency with promises to return annual passive revenue.

Recently, DeFi apps have been touted with potential for incentivizing cryptocurrency fans to participate in the new Proof-of-Stake Ethereum ecosystem , especially in the absence of new initial coin offerings.

Which is a perfectly fine attitude to take – as long as the reality of those potential benefits are communicated clearly. Many DeFi applications are brand new, and untested, yet seem to be advertised as a sure thing – and it’s nothing but worrisome.

Blockchain startup hacked itself to ‘save’ $13M of its users’ cryptocurrency

A blockchain startup hacked its users’ wallets to save $13 million in Bitcoin and other cryptocurrency from being stolen, ZDNet reports. 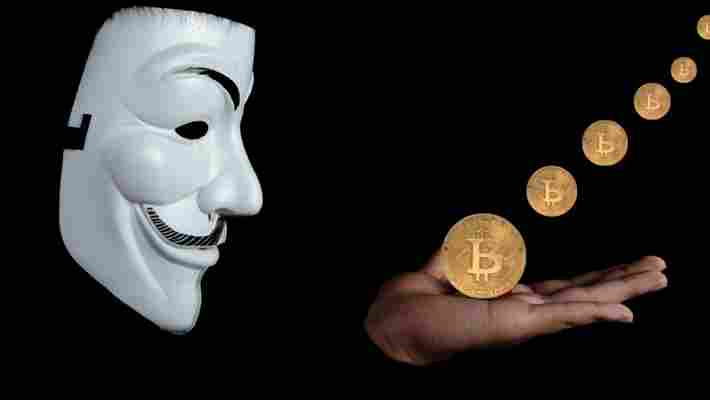 Security researchers advised the Komodo Platform of a ‘backdoor‘ in Agama, one of its older wallet apps, that would have allowed hackers to siphon any and all digital assets held inside.

Before that could happen, devs made use of the the flaw themselves to extract at-risk cryptocurrency to wallets under their control.

Bad actors are said to have smuggled the backdoor into Agama by contributing useful code and updating it to include security vulnerabilities at a later date.

“The attack was carried out by using a pattern that is becoming more and more popular; publishing a ‘useful’ package […], waiting until it was in use by the target, and then updating it to include a malicious payload,” explained the firm that discovered the flaw.

A blog post advised affected Komodo users to reclaim their swept cryptocurrency by visiting its support page . The team also urged anyone who may have used its old wallet, Agama, to move any stored funds to an alternate (and safe wallet) as soon as possible.