After Tesla announced it has invested US$1.5 billion in bitcoin and expects to start accepting the cryptocurrency as a payment for its electric vehicles in the near future, the bitcoin price went soaring. It went from around US$39,400 to an all-time high of over US$48,000 in less than 24 hours. 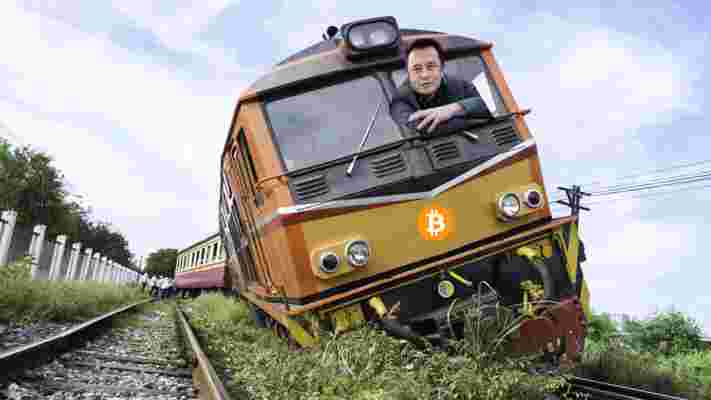 The price is now up by over 50% in the first six weeks of 2021. Led by Elon Musk, Tesla’s investment is obviously in profit already: depending on the exact day of the purchase, it is likely to be worth over US$2 billion, pointing to a paper profit of over US$500 million. To put that in context, when the electric car-maker made its first-ever annual net profit in 2020, it was just over US$700 million.

Tesla’s move into bitcoin comes on the back of a wave of institutional money invested in the leading cryptocurrency in recent months, plus numerous other companies putting it into their treasury reserves . With the world’s sixth most valuable company also saying it might buy and hold other digital assets “from time to time or long term”, it must be tempting for other major companies to do likewise. Since the Tesla announcement, Twitter finance director Ned Segal has already signaled that his company is considering such a move, while a research note from the Royal Bank of Canada has made a case for why it would benefit Apple.

The prospect of a bluechip invasion into bitcoin has caused much excitement among cryptocurrency investors. But if Tesla does trigger such a gold rush, there will also be some unsettling consequences.

Tesla justified this material change in the way it manages its treasury reserves by stating that investing in bitcoin will “provide us with more flexibility to further diversify and maximize returns on our cash”. Corporate treasurers have always used the money markets to invest surplus cash to eke out small yields, and it is harder than it used to be in the current long-term low-interest rate environment.

All the same, this is very different to standard money management. Bitcoin is a highly volatile asset that you would not typically associate with the cash reserves on the balance sheet of a listed company worth close to a trillion US dollars. As recently as March 2020, the price dipped below US$4,000. Even in 2021, the price fell more than 30% before its most recent surge.

Tesla has put almost 8% of its reserves into the cryptocurrency. If Apple , Microsoft , Facebook , Twitter , and Google were to do the same, this would translate into almost another US$7 billion investment. This is less than 1% of the total current worth of the bitcoin market, but the signal that it would send to other companies and retail investors would likely trigger a bull run that would make the current market look comparably stable. Some crypto analysts are already predicting that the price will rise to US$100,000 or even US$200,000 before 2021 is out.

Such a rise would drive up the value of the bitcoin on corporate balance sheets to multiples of what it was at the time of investment. Tesla’s 8% allocation may already have gone up to 12% of the value of its reserves, for instance. And if it follows through on a potential plan to keep any bitcoins it receives for electric cars instead of converting them into dollars, that percentage could rise all the faster.

The problem is the potential effect on company share prices. Tesla’s share price rose 2% on the news of the bitcoin investment, though it has since fallen by 5%. But a longer-term example is Canadian tech company Microstrategy. Its share price has ballooned tenfold in value in the past year on the back of a heavy investment into bitcoin, but is also down by almost a quarter in the days since the Tesla announcement.

Writ large, this could make stock markets far choppier in future – and vulnerable to a nosedive when the bitcoin bull market ends. It would be easy to imagine that this could prompt a wider wave of selling as investors sought to cover their loss-making positions, which could be very dangerous for financial stability.

What the regulators will do

Global regulators will no doubt be concerned about a potential volatility spillover from digital asset prices into traditional capital markets. They may not permit what could quickly amount to effective proxy approval by the back door for companies holding large proportions of a volatile asset on their balance sheets.

The view from US regulator the SEC will be extremely important, and it is difficult to predict the response of newly appointed head Gary Gensler , who is himself a crypto expert. We may see anything from a wait-and-see approach through to a ban on listed companies holding any bitcoin-like assets.

But I would expect that if the price of bitcoin continues towards US$100,000, there may be a regulatory restriction on the reserve percentage that listed companies can hold in digital assets. This would be similar to the US rule that companies cannot buy back more than 25% of the average daily volume of their own stock. Such a rule would force companies to sell bitcoin if a price increase meant their holdings broke the maximum level, creating a form of sell pressure that the crypto market has not seen before.

For now, however, bitcoin continues to look like a “buy” asset on the back of the Tesla announcement. The crypto community will be watching to see whether other major companies follow suit, and whether Tesla has the conviction to stay invested when its next quarterly announcement comes around. But if this trend continues, make no mistake that a reckoning will be coming over the prospect of the heady volatility of the crypto market going mainstream. Watch this space.

This article by Gavin Brown , Associate Professor in Financial Technology, University of Liverpool, is republished from The Conversation under a Creative Commons license. Read the original article .

Virgil Griffith, the Ethereum developer arrested last week after allegedly traveling to North Korea to give a talk on cryptocurrency , will be released from prison pending trial after a judge ruled there was enough evidence to move a case against him. 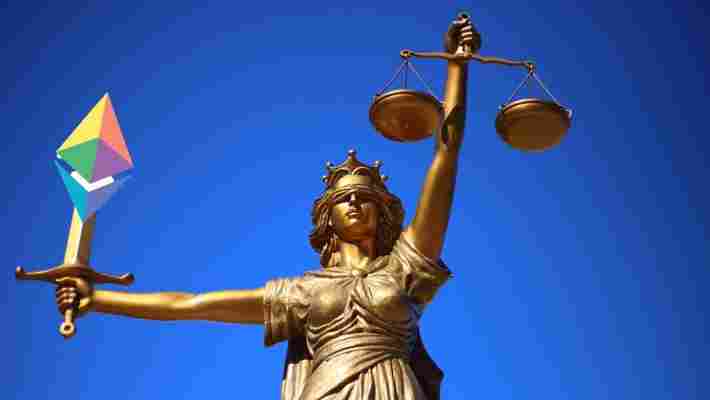 At the same time, an Italian man who allegedly attended the same cryptocurrency conference in North Korea has said the charges against Griffith are exaggerated, CoinDesk reports .

As previously reported by Hard Fork , Griffith is accused of breaking the International Emergency Economic Powers Act after he allegedly explained to North Korea how blockchain could be leveraged to evade US sanctions .

“The sanctions were not a topic at all,” Fabio Pietrosanti, who claims to have known Griffith for almost ten years, told CoinDesk.

Brian Klein, a lawyer at Baker Marquart, dubbed “the leading cryptocurrency trial attorney in the USA” is representing Griffith.

“We are very pleased that today the judge found that Virgin should be released from jail pending trial. We dispute the untested allegations in the criminal complaint. Virgil looks forward to his day in court when the full story can come out,” Klein told CoinDesk.

Pietrosanti, however, is not the first member of the community to stand up for Griffith.

“I don’t think what Virgil did gave DRPK [Democratic People’s Republic of Korea] any kind of real help in doing anything bad. He *delivered a presentation based on publicly available info about open-source software*. There was no weird hackery “advanced tutoring ,” he said on Twitter .

A beginner’s guide to joining a DAO (Decentralized Autonomous Organization)

Welcome to TNW Basics , a collection of tips, guides, and advice on how to easily get the most out of your gadgets, apps, and other stuff. 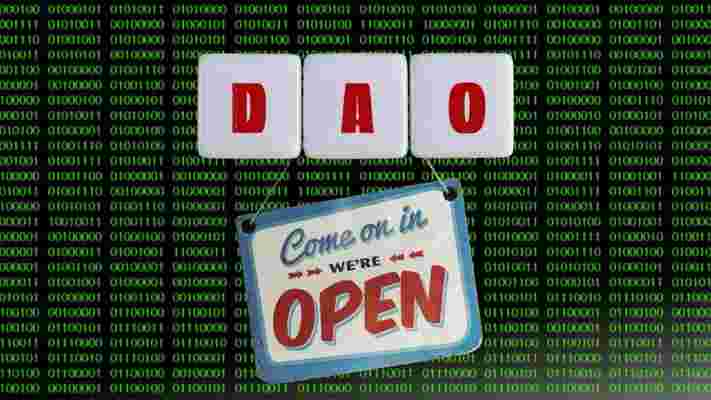 The 2022 Super Bowl featured a parade of commercials for companies in the crypto industry. While the majority advertised exchange platforms, one slot was reserved for a decentralized autonomous organization (DAO).

Instead of leaders making decisions, DAOs are managed by their members and governed by rules that are enforced on a blockchain . For more details on how they work, check out our explainer here .

DAOs can be used for a vast array of purposes.

PleaserDAO, for example, purchased the sole copy of an unreleased Wu-Tang Clan album , while MakerDAO maintains and regulates the Dai stablecoin.

In the case of the Super Bowl ad, members of the Nouns DAO voted on a proposal to feature the brand’s NFT in a Bud Light commercial.

If you’re interested in joining a DAO, here are some tips to get you started:

DAOs are highly mission-driven. Your personal passions and expertise should play a key role in which organization you join.

DAOs are extremely diverse. You could try exploring DAOlist and DeepDAO to find one with objectives that align with your interests.

Most will have some form of charter or mission statement that outlines their goals, guidelines. and governance. These can give you an idea of what to expect and how you can contribute.

You’ll get a better sense of a DAO’s culture by participating in the community.

The most common entry point is via the DAO’s Discord, where you can introduce yourself, get involved in conversations, and learn how to contribute. Take your time to learn how you can help.

DAOs are particularly popular for developers, but they can benefit from a range of other skillsets, from project management to design.

Your own contribution will depend on your abilities, as well as the community’s needs and governance.

DAOs have unique benefits and appeals They can provide democratized governance, transparency, pooled resources, and the chance to make a real impact — and cash.

On the other hand, there is the potential to lose money and for code to go wrong.

But if they live up to their promise, perhaps one day a DAO will run a team at the Super Bowl — rather than just advertise there.