“Only invest in businesses that you understand.” It’s one of Warren Buffett’s main principles. And with his amazing track record, it doesn’t come as a surprise that it’s being adopted by both professional and retail investors all around the world. It indeed is a sound advice, but one could also argue that it adds risk to your portfolio if an industry of great importance now and with great promise for the future is totally ignored. 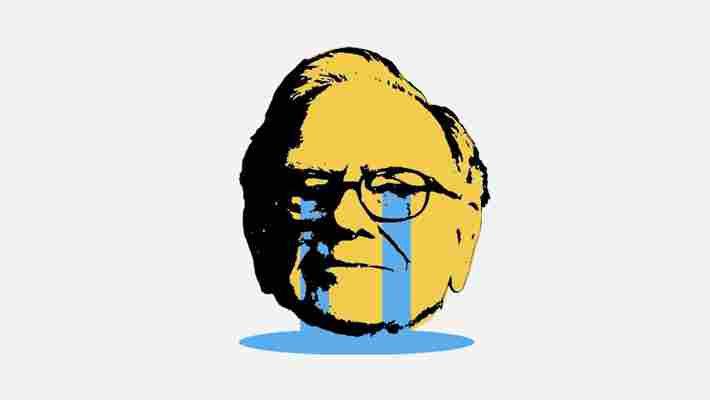 With 89 years, the legendary investor isn’t the youngest anymore, which might make it harder to grasp the new economy that’s been building over the last few decades, specifically the digital economy. It was just a few years ago when the “oracle of Omaha” started dipping his toes into this new world, by acquiring a large stake in Apple. Today, Apple takes up roughly 30% of Berkshire Hathaway’s portfolio of publicly traded companies. However, the digital economy spans much wider than just communication devices.

Notably, the financial world is being disrupted heavily by new, digital players such as PayPal, Square, and Shopify. Yet, Berkshire only possesses stakes in traditional banks and credit card companies. As of the latest filing (on February 14, regarding its holdings on December 31 2019), 33% of Berkshire’s portfolio consisted of such companies. The biggest positions are in Bank of America, American Express, Wells Fargo, J.P. Morgan, U.S. Bancorp, Bank of New York Mellon, Goldman Sachs, Visa, and Mastercard.

If Berkshire still owns the same amount of shares as on December 31 2019, these financial sector holdings would accumulate to $62 billion worth of equities as of today. That’s $35 billion, or 36%, less than the $97 billion it was worth just before the coronavirus crisis hit the US financial markets, on February 19.

Now as a thought experiment, let’s say Warren Buffett would have ignored his main principle, and had invested all that money in the three fintech pure plays mentioned above. How would that hypothetically have impacted his losses so far during this crisis?

First, it would have meant a considerably large stake in those companies, much larger than the 10% maximum as preferred by Berkshire to avoid regulatory hassles. But to avoid an extremely large stake, we’re going to divide the $97 billion (value of Berkshire’s financial holdings as of February 19) among the three public fintech companies equally by weight of their market.

As of today, after the coronavirus sell-off (and partial rebound), those three holdings would have been worth $48 billion, $23 billion, and $10.5 billion respectively. In total that would amount to $81.5 billion. That’s 16% less than the $97 billions on February 19. The loss is still significant, $15.5 billion to be precise, but it’s $19.5 billion less than the $35 billion loss on Berkshire’s ‘old’ finance portfolio.

So there you have it, Berkshire could have saved $19.5 billion, hypothetically, if it bet on the future of finance.

Cryptocurrency is becoming a more familiar way to pay for things . 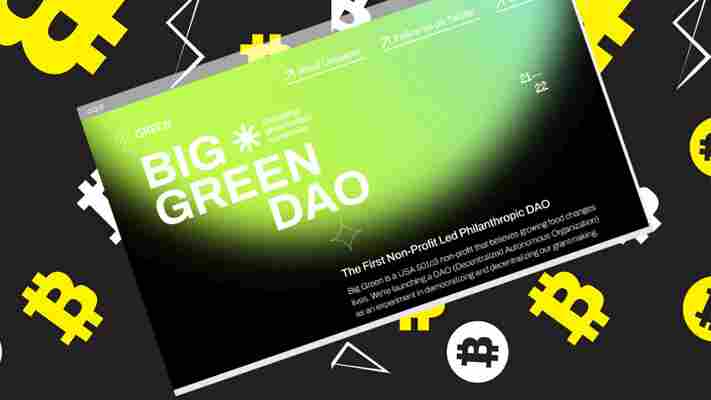 One option is as part of a crowd, through a decentralized autonomous organization . In this relatively new kind of group, also called a DAO, decisions and choices are governed by holders of one kind of cryptocurrency token, such as Ethereum or Bitcoin. DAOs also use “ smart contracts ” that make decisions through online votes by all participants who wish to weigh in and other forms of automation.

DAOs are essentially clubs that harness both crowdfunding and cryptocurrency to operate in arenas from art to sports . They are also cropping up in philanthropy .

One good example is the Big Green DAO . Launched in late 2021, it’s tied to a decade-old food justice charity that had revenue in excess of US$9 million in 2019.

Big Green’s founder is Kimbal Musk , who is Elon Musk’s brother and a member of Tesla’s board. The DAO version of his nonprofit promises to “ disrupt philanthropic hierarchies ” by reducing overhead spending and shaving other expenses.

Based on my research regarding crypto-assets , I believe that there are several considerations that donors and charities should keep in mind as these arrangements emerge.

First, DAOs have little if any formal infrastructure. Some states simply require one individual to be designated as the agent of record. Wyoming passed a law in 2021 – the first of its kind in the United States – that legally recognizes DAOs as legal entities. It still requires the DAO to be organized as a Wyoming-based limited liability company , with an individual identified as the registered agent.

In theory , at least, when combined with the quick nature of how DAO decisions are made, this means that nonprofits can achieve more and respond more quickly to changing circumstances, while spending less on administrative staff and other kinds of overhead.

Until now, most cryptocurrency donations to charities simply provided capital to eligible organizations that operate like any other standard nonprofit.

For tax purposes, donating cryptocurrency is like giving away stocks, bonds or other property, rather than donating money. This means, typically, that cryptocurrency donations actually provide donors with a larger tax benefit versus cash donations. If a donor were to instead liquidate their cryptocurrency prior to making a gift, they would first have to pay capital gains taxes , and they would have less money to give away.

However, it’s unclear whether funds can legally flow to, through and out of a charitable decentralized autonomous organization.

Nonprofits are subject to regulatory enforcement and need to be chartered in a particular state. So far, it’s unclear how regulators, such as the Internal Revenue Service or state charity offices , will be able to monitor or audit these groups.

It’s also unclear whether the very nature of DAOs is compatible with charitable donations.

In most, if not all, instances of for-profit DAOs – or even DAOs organized for a specific one-time purpose, such as attempting to purchase an original copy of the U.S. Constitution – cash or appreciated property that is contributed to the organization is exchanged for governance tokens . The tokens essentially represent a fractional form of collective ownership.

This could be problematic. When donors make charitable contributions, they relinquish the money or asset they just gave to the charity. A basic condition for having a donation be eligible for favorable tax treatment by the authorities is that the donor gets nothing of value in return .

The authorities may eventually determine that the distribution of virtual tokens to donors, even if those tokens aren’t used for anything outside the scope of the nonprofit, violates this precondition.

The clearest risk with those gifts is probably their volatility.

Charities either need to convert these donations into U.S. dollars right away, as they do with donated stocks , or gamble regarding their future value.

Despite all the operational, financial and legal obstacles nonprofit DAOs face, I’m excited about the opportunities with these crowd-managed charities funded by cryptocurrency donations because of their potential for a high degree of transparency paired with low overhead.

[ Get the best of The Conversation, every weekend. Sign up for our weekly newsletter .]

This article by Sean Stein Smith , Assistant Professor of Economics and Business, Lehman College, CUNY , is republished from The Conversation under a Creative Commons license. Read the original article .

It’s the start of another week, which means we have another bunch of cryptocurrency and blockchain headlines from over the weekend to catch up on. 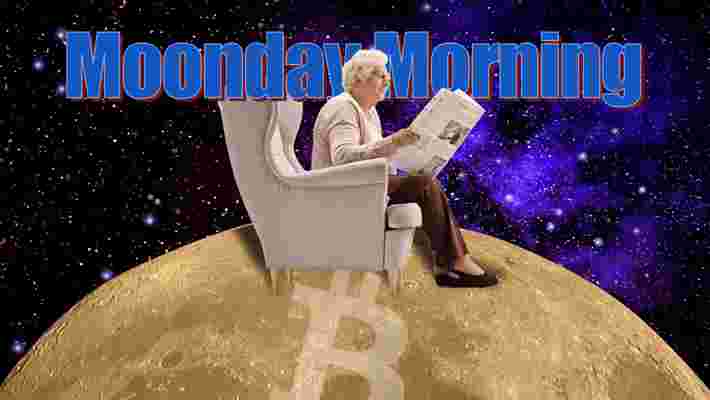 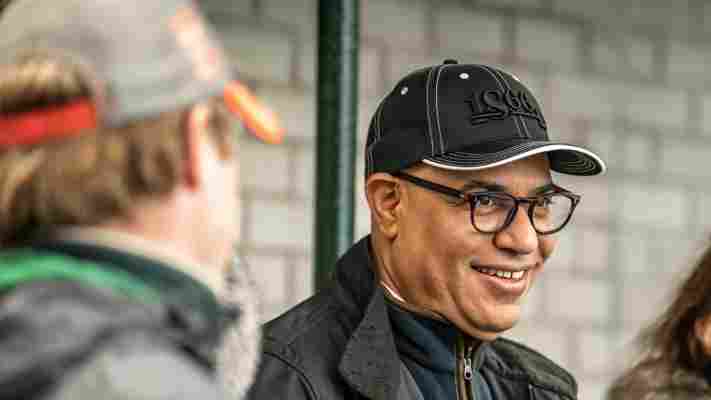 A high profile individual from the world of horse racing is believed to have been involved in the OneCoin scam . Amer Abdulaziz, the founder of Phoenix Thoroughbreds, a Dubai-based horse racing investment firm, is being accused of being a key figure in the scheme.

2. Maduro still not giving up on the Petro

In his latest push to keep his dreams of a national cryptocurrency alive, Venezuelan president Nicolas Maduro is saying some 30 million barrels of oil will now back the petro, Reuters reports .

Earlier this year, the country’s authorities said the coin would be backed by 5 billion barrels of untapped crude oil , but according to another Reuters report there was no infrastructure to extract the reserves and the coin was nowhere to be found . Maduro has continually pushed his idea for a state-backed digital currency, he claims it’s an attempt to curtail the country’s hyperinflating fiat currency .

South Korea is reportedly planning to invest more than $380 million to explore and develop blockchain technologies, The Block reports . According to a ZDNet Korea report , the Asian county’s ministry of science and technology made an announcement of its intent to invest late last week. It said the ministry will make the investments over a six year period between 2021 and 2026 .

JP Morgan is continuing its exploration of blockchain-based technologies. This time its eyes are on the motor industry.

And finally… another week, another crypto hoard is seized by authorities.

Reports state this seizure is the be largest seen in the country . Police are accusing the individual of laundering money by receiving millions of dollars from an illegal movie streaming site they helped create. The individual denies the allegations and is yet to be charged .

Well, there you have it. See you next time.